Curious to know what is going to happen in this theatre in Clapham? 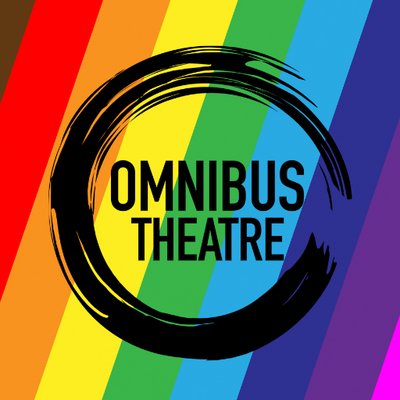 - Award-winning playwright and songwriter Lizzie Nunnery launches TO HAVE TO SHOOT IRISHMEN, a new play with songs. Inspired by the murder of Irish pacifist Francis Sheehy Skeffington by a British soldier during the Easter rising in Dublin in 1916, this stirring tale of militarism and rebellion stages its national premiere at Omnibus Theatre followed by a UK tour. 2 Oct – 20  Oct.

- Strange Fish Theatre company breathes new life into Owen McCafferty’s award-winning play QUIETLY in this its first London revival since 2014. This timely production about truth, forgiveness and confronting the past forms a poignant dialogue alongside Nunnery’s piece, both shows coincide with the 20th anniversary of the Good Friday Agreement and form part of our mini Irish Season. 9 Oct – 27 Oct.

- The theme of Isolation is explored in all its forms in our fourth annual PERCEPTION FESTIVAL, a collage of theatre music and movement animated by over ten dynamic shows with different points of view. Highlights include acclaimed Volcano Theatre’s re-developed MACBETH: DIRECTOR’S CUT, the return of Creation Theatre with a binaural reimagining of THE PIT AND THE PENDULUM, ARC Stockton Arts Centre’s inventive and fast-paced writer and performer Scott Turnbull returns for a short residency, three nights, three pieces of work, including his new play THE SMOG. Closing the festival, three strong female performers stage arresting and deeply personal pieces, two of which are new plays; FRAGMENTS OF A COMPLICATED MIND by theatre-maker Damilola ‘DK’ Fashola and THE REAL DEAL by award-winning poet and playwright Katie Bonna. From 30 Oct -24 Nov.

Tickets for the new season are now on sale

“The value of stories and communities in all their forms is seared into Omnibus Theatre’s DNA. Our venue, on the edge of Clapham Common, was opened in 1889 as a public library – it now houses a living collage of theatre and connection that continues to introduce our audiences to undiscovered points of view. Our 2018 Autumn/Winter programme is no exception, dynamic work, presented by daring artists, telling stories that demand to be told.

We kick start the season by shining a light on London’s Spanish community with a modern reimagining of Federico García Lorca’s tragedy Blood Wedding, an urgent and timely response to their experiences. I’m also excited to announce a mini-Irish season with two productions that create a striking dialogue and poignantly coincide with the 20th anniversary of the Good Friday Agreement; UK Theatre Awards winner Lizzie Nunnery’s To Have To Shoot Irishmen and Owen McCafferty’s multi-award-winning play Quietly. Nunnery’s thoughtful and painful exploration into national identity, British militarism, pacifism and feminism, a true story based on events in 1916, also resonates strongly with current conflicts. I’m thrilled to launch it here first before it embarks on a national tour.

Isolation and questioning the notion of belonging and the nature of loneliness has been at the forefront of my mind as the startling shift in the social-political climate of our world continues to divide and isolate us; our fourth annual Perception Festival is our direct response. Ten arresting productions, staged over the course of three weeks are performed by dynamic artists and theatre companies; Edgar Allen Poe’s The Pit and the Pendulum is transformed by Oxford based Creation Theatre into something sharply relevant for a modern audience, Volcano Theatre Company’s Macbeth: Directors Cut and Scott Turnbull’s The Smog scrutinize isolation in its many different guises, and I welcome the uncompromising voice of theatre-maker Damilola ‘DK’ Fashola and award-winning poet and playwright Katie Bonna with Fragments of a Complicated Mind and The Real Deal.

This November marks our 5th anniversary. Since opening our doors I have been especially proud of our commitment to developing the theatre-makers of tomorrow. Through our scratch night Engine Room, we have offered over fifty artists dramaturgical support, free rehearsal space and an invaluable platform to present original work. Investing our knowledge and resources in the next generation of theatre makers is also at the heart of our new initiative for young people Routes. I look forward to the next five years continuing this work and presenting unforgettable theatre that’s yet to be discovered.

“Think it’ll get better? You know it’s a lie.

We’re burning up inside and it’s destroying us both.”

What happens when it’s too late to escape - then you open the door and run?

Will fate cut you down? Will you ever breathe easily again?

Lorca’s classic tragedy is transported to modern day London. This contemporary adaptation of passion and vendetta explosively blends grit, fate and claustrophobia, with a streak of dark humour.

Told in a bold physical style with original live music and movement, the play also explores cultural divisions and the power of community.

Truth and oil always come to the surface…

To Have To Shoot Irishmen

A new play with songs by Lizzie Nunnery

‘Could peace come after? After what? Who will we be?’

Easter morning, 1916. Gunshots ring out in the Dublin streets.

In her suburban sitting-room Hanna prepares for revolution.

While Frank walks through the crowds calling for peace, John walks through his nightmares of the trenches and sees a city soaked in blood.

18-year-old William fearfully reports to the barracks for duty, determined to serve the British army with honour. But can honour survive the chaos of conflict, and once unleashed can violence ever be contained?

Inspired by true events, this absorbing production weaves movement and live folk song into a stirring tale of militarism, corruption and the power of rebellion.

It’s 2009. Northern Ireland are playing in a World Cup qualifying match. In a Belfast pub, under the watchful eye of a Polish barman, Jimmy and Ian meet for the first time. They need to talk. Will their attempts to deal with the past, allow them to reshape their future? A compelling tale of the search for resolution, Quietly examines the most human of choices. Is it always possible to forgive another, or are some actions too extreme to be absolved?

In the year of the 20th anniversary of the Good Friday Agreement, Strange Fish Theatre Company return to Omnibus Theatre with the first London revival of this award-winning play since 2014. The Common Room, Omnibus Theatre’s lounge and bar area will be transformed into a Belfast pub.

Quietly is written by Owen McCafferty, one of Ireland’s leading playwrights. He has written for both the National Theatre, London and the Abbey Theatre Dublin and has won numerous awards including The Evening Standard Charles Wintour Award for New Playwriting and Best Play at The Writers’ Guild Awards (for Quietly). He is currently commissioned to write the book and lyrics for a new musical with Snow Patrol.

Strange Fish are an Irish theatre company based in London. This is their second production at the Omnibus Theatre following last year’s hugely successful The Turn of the Screw.

Volcano re-invents Shakespeare’s pacy, eloquent tragedy. An arresting, untraditional Shakespeare with powerful performances, striking design and sensory surprises. Stripped back action and character zoom in on the dynamics of the killer couple, tracking their murderous ambitions, escalating anxieties and disintegrating bonds against a backdrop of sensual pleasure and normalised violence. The setting walks an uneasy line between the regal and the domestic, exposing an austere brutality underpinning the noble pretensions of personal and political power. Expect a boisterous, playful Macbeth with ribald humour and a muscular undertow of menace.

The Pit and The Pendulum

A political prisoner wakes in a pitch-black cell, unable to see what terror hides in the darkness. As tension and fear escalate, the chances of survival grow slim.

Performed by just one actor with innovative binaural sound design, comes this new adaptation of Edgar Allan Poe’s classic tale from award-winning Creation Theatre Company. An exploration of sensory deprivation and isolation in a near pitch black room this promises to be a fully immersive experience like no other using AV projection and wireless headphones.

The Pit and the Pendulum has been adapted by Christopher York, a recipient of the High Tide First Commissions Award and a member of Old Vic 12 Shortlist 2016.

Written and performed by Scott Turnbull

Based on true events, The Smog is a new one man show by Scott Turnbull.

The Smog descended on Teesside two weeks ago and since it arrived strange things have been happening- supernatural occurrences and disappearances, sightings of something indescribable in the clouds, something unexplainable in The Smog – There’s been 47 burglaries, 112 sightings of ghostly apparitions, 7 missing cats and a terrible spot of the flu that gives you a really tickly cough…

…The Smog is an ancient and dangerous thing…an invisible thing that hasn’t been seen for a hundred years – and now its back…we think…it’s hard to tell because we haven’t actually seen it, but we’re pretty certain, almost 100 percent sure that it’s out there and it’s trying to get in here, to tear our families apart and destroy the very foundations upon which the latest IKEA showroom was built…

Fragments of a Complicated Mind - Silhouettez

Unapologetic and unafraid, this new piece of work is an explosive blend of physical theatre, poetry and direct address. A raw social commentary on sex, social media, femininity and blackness – confronting the expectations placed on the black British women of today. From social dynamics to beauty standard to black twitter, audiences will be invited to question their own actions and responses; Am I part of the problem or part of the solution?

Off West End Awards’ Most Promising New Playwright of 2018, Katie Bonna, performs her new play, a story of infatuation, hope and pretending to be a swamp monster when you’re 37 years old.
Anna works for a children’s entertainment company. She spends most of her time discussing unicorns and superheroes with demanding parents. She trains the new staff how to sing The UFO Song and play the ringmaster in the Circus Beserkus party. Anna is not living her best life.

Her days are mostly spent with brainwashed colleagues (there are similarities between fascist dictatorships and this office) and her evenings with two white musical theatre students, who rap Hamilton whilst making vegan hamburgers. After her recent, life-exploding break-up she has hit an all-time low.
Until new party leader Justine arrives. Justine is the real deal.
It’s hard to woo the woman of your dreams whilst dressed as a penguin. But Anna has always been persistent. And, stuck in a world of make believe, she will do anything to make this real. The Real Deal is a darkly comic piece of story-telling, exploring what is real when it comes to love.

Grinter the giant lives happily alone in her cold house, surrounded by her snowy gardens, enclosed by her high, frost-covered walls. Outside the world has changed. There is very little green left. One day, the children – tired of hard roads and grey rooftops – climb through a gap in the giant’s wall changing the course of the children’s and Grinter’s lives forever.