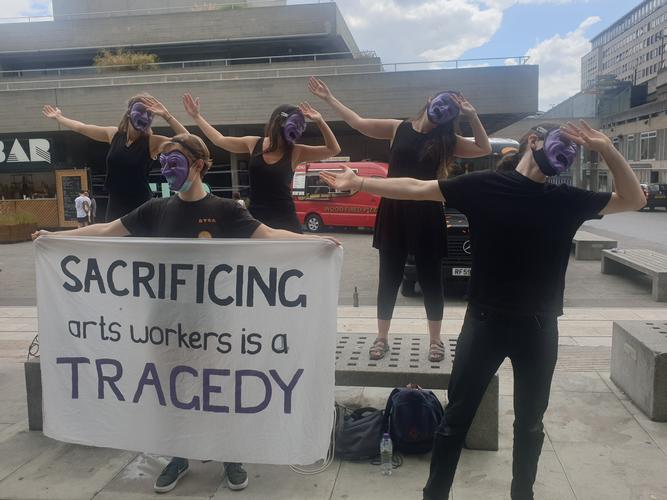 Hundreds of staff from the National Theatre and Southbank Centre protested the mass redundancies of low-paid arts workers, and the failure to honour agreed redundancy rates after the loss of around 400 hundreds of jobs.

The protest started at 10.30am outside the Southbank, and then moved to the National Theatre.

The organisers of the protest said: 'The National Theatre and Southbank Centre's decision to axe the lowest paid and most diverse section of its workforce means its egalitarian values and anti-racist pledges are empty and mean nothing.

'We don't need platitudes on social media, we want to see how organisations apply their politics to their own workforce by strengthening their rights and bolstering their agency in the workplace as a show of true commitment to equality. Instead both organisations have adopted an approach that many of our workers at risk deem institutionally racist. This goes completely against their public commitment to "eradicate racism".'