My Concerns for the future of theatres - News

Producer Cameron Mackintosh issued a plea to save the industry 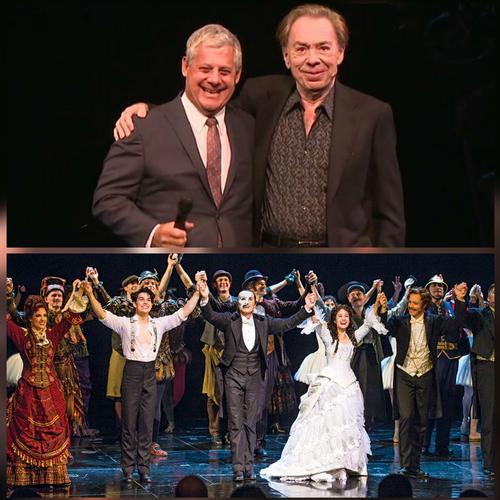 Producer Cameron Mackintosh issued a plea to save the industry. On the Evening Standard, he wrote that last week, Andrew Lloyd Webber’s trial at the London Palladium has brilliantly exposed the artistic and commercial bankruptcy of trying to apply social distancing to indoor mainstream theatre.

Social Distancing has never been an option, and Cameron Mackintosh said that a few months ago, when he announced that his shows would have closed until 2021.

“Andrew has said there are Chinese investors trying to snap up our heritage in these precarious times. Rest assured I have no intention of letting any of my West End theatres go East.  With all the theatres gone dark, all the producers have taken a huge financial hit, and the Government’s help still hasn’t materialised."

The producer explained that his production and theatre management staff have been cut by 60 per cent reduced to a dedicated team. He also said that Andrew Lloyd Webber's touring and London productions of The Phantom of the Opera have "sadly permanently had to shut down", but that the pair are "determined to bring Phantom back to London in the future."

“I’m still hopeful that by Easter next year most of my productions and some of our theatres can reopen, so I can start re-employing most of the staff I’ve had to let go. But we’d need to reopen our box offices in November. If the Government is unable to support this, we’re likely to have to push back our reopening to next summer, causing further devastating losses to both the theatre industry and London’s economy.

Back in early May I expressed the fear that London and Broadway, the world’s greatest centres of theatre, would be the last places in the world to reopen. Sadly this prophecy is coming true: Broadway is likely to be closed until next summer. Consequently, for the first time ever there are very few new shows waiting in the wings to replace the shows that fail. The creative supply line has been ruptured for at least 18 months. London and New York can’t properly function until theatres reopen”