Theatres come back to life after lockdown 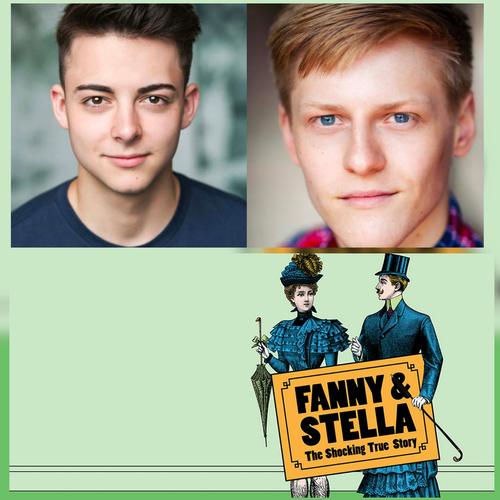 A brand new socially distanced open-air production of ‘Fanny And Stella’, a musical with Book and Lyrics by Glenn Chandler, the creator of ‘Taggart’, and Music by Charles Miller, is to be staged as the premiere production at The Garden Theatre in the newly refurbished beer garden of The Eagle, in Kennington, London. It will open on 3 August and run until 25 August.

Ernest Boulton and Frederick William Park were two young men who, in 1871, were put on trial in London for dressing as women and conspiracy to commit sodomy, a felony at the time. They dressed up as women (and were very good at it) for amateur theatricals, but when the show was over, and sometimes when there wasn’t even any show, as ‘Fanny and Stella’ they would frequent places of entertainment in the West End where men encountered men for sex and male prostitutes plied their trade.

Park and Boulton were acquitted - an amazing victory for the time when sexual acts between men carried a sentence of two years - primarily because conspiracy could not be proved.  Or perhaps it was because one had a father who was a judge, and the other a mother who swayed the court with her tears. Upon their acquittal, Park and Boulton - as Fanny and Stella - along with their theatre company, take their story on the road. They hire a venue for “one night only” to tell their amazing true story of their lives, their trial, and their sensational acquittal.  But are they in an ungiving age putting themselves on trial a second time?

The musical has book and lyrics by Glenn Chandler (Taggart), and music by Charles Miller, and follows the real-life story of two figures in Victorian London – Ernest Boulton and Frederick William Park – who were put on trial in London for dressing as women and conspiracy to commit sodomy.

The creative team also features musical director Aaron Clingham, designer David Shields and casting by Anne Vosser. Producer Peter Bull said: "We are taking baby steps as we venture into the brave new world of open-air socially distanced performances. We are only performing three shows a week initially but we aim to increase this after a successful launch."

Face masks have to be worn for all performances, with audiences socially distanced within The Garden Theatre. The performance is 80 minutes long without an interval.

The production will star Jed Berry (Kinky Boots) and Kane Verrall (The Sound of Music).

Alex Lodge (Louis Charles Hurt) was understudy Elder Price, and played the role 200 times, in ‘The Book Of Mormon’ in the West End. He was most recently Ledoux in the ‘Bat Out Of Hell’ UK tour and will resume that role in 2021. Last year he was Offie nominated Best Male Performance in a Musical as Jon in ‘tick, tick…BOOM!’ at Bridge House Theatre.

Mark Pearce (Mr Grimes) saved the day to play Thénardier with just two hours’ notice at the inaugural performance of ‘Les Misérables’, Sondheim Theatre, West End. He played Mr Grimes in a previous production of ‘Fanny and Stella’ and was also in ‘The Wedding Singer’ at Leicester Curve/UK tour.

Joaquin Pedro Valdes (John Safford Fiske) was Cover Lun Tha in ‘The King and I’, UK/International Tour, and Cover Engineer/Cover Thuy in ‘Miss Saigon’, UK Tour. In Manila, he was Mr. Wormwood in the premiere of ‘Matilda’ and Melchior Gabor in the premiere of ‘Spring Awakening’.