With no theatres the West End will not survive - News

"Without tourism, London will close" 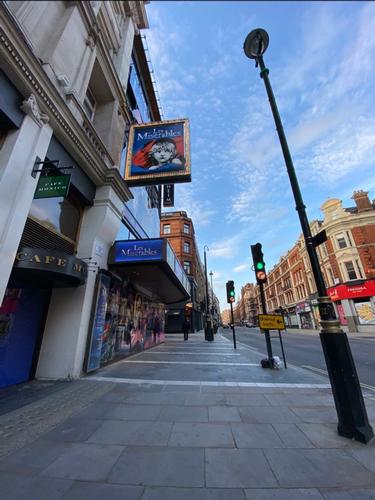 While restaurants, bars and pubs have reopened in England last week, theatres are still closed. They were allowed to re-open from 4 of July, according to the Government’s guidelines, but with not to live performances. Which means, closed.

Despite the July 6 bailout, many venues, big and small, are struggling.

If theatres will not reopen anytime soon, the West End could collapse. Theatre is art, but is also a business. The 50 major theatres of SOLT (Society of London Theatre) attract more than 15 million attendees every year, a third of which are from abroad.

Theatres bring tourism and tourism brings money to hotels, bars, restaurants, shops. For every pound spent at the theatre, a further £5 is spent in the local economy.

We spoke with some restaurant owners and managers in the West End and they told us “We need the theatres to be open”.

The staff of Chotto Matte, a popular Japanese/Peruvian restaurant in Soho said: “Theatres are very important to us. Many theatergoers come here for a pre-theatre dinner, and some for a post-show meal. This doesn’t happen anymore”.

There is no prospect of theatres opening any time soon — at the moment shows are expected to remain closed probably until 2021.

But we can’t deny that the arts and culture are major forces behind London's status as a world-class, vibrant and diverse city.

A letter signed by hospitality businesses, including Soho House and D&D restaurants, is calling on London Mayor Sadiq Khan and Prime Minister Boris Johnson to take more action to encourage people to come into the city and keep businesses afloat.

The letter states: "While scenes of mobbed urban parks and packed seaside towns fill our screens, the centre of London remains a ghost town.

"Theatres are closed until 2021, the arts are trying to come out of hibernation, restrictions remain for cinema and visitor attractions, no sport can be attended, there are no public gatherings, concerts or events to attend."

It continues to say: "Without tourism, without millions of visitors spending millions of pounds, without office workers and daily commuters, our favourite places will close; Chinatown will shut down, Covent Garden will be empty and there will be no hustle and bustle on the streets of the city."

We need theatres to get up and running again. For the sake of our economy, of our mental health, of thousands of jobs at permanent risk and of London: the hub of culture and arts.