A virtual parade of stars 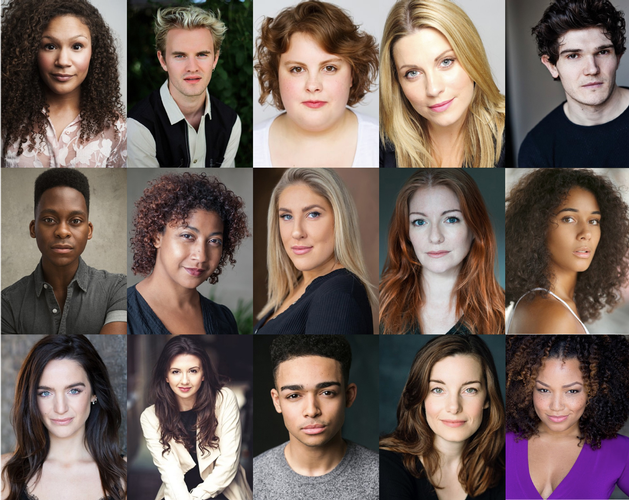 The winner of the 2020 annual Stiles and Drewe Best New Song Prize will be announced during a ‘virtual concert’ and online ceremony on Sunday 5 July.

The Musical Director for the concert is Steve Ridley (‘The King & I’, ‘An American in Paris’), Mix Engineer Kevin Porée, Video Production by Bartek Podkowa.

Their videos - recorded by the singers themselves in isolation - will be presented as a virtual concert, to be streamed online via YouTube on Sunday 5 July at 6pm here

George Stiles & Anthony Drewe said: “Together with our fellow judges, to whom we are deeply indebted, we have whittled down this year’s 167 entries to 15 finalists - each of which will be performed by a seasoned West End performer in our ‘virtual concert’. With lockdown still inhibiting live theatre performances - which has prevented the normal theatrical presentation of the final songs - we are delighted that Mercury Musical Developments has agreed to take a different approach this year and that Joanne Benjamin and The Entertainment Business have generously co-sponsored the £1,000 cash prize. We hope that technology will be kind to us on the night, and that all our 15 finalists are heartened, encouraged and happy with the way that their work is to be showcased and celebrated.”

Since 2008, musical theatre writing partnership Stiles and Drewe have recognised new musical theatre writing via their annual prize for Best New Song. This is open to members of Mercury Musical Developments (MMD) of which George and Anthony are founding board members. Stiles and Drewe’s own multi award-winning scores include the international smash-hit Cameron Mackintosh/Disney production of ‘Mary Poppins’, the Olivier Award-winning ‘Honk!’, which has been seen by more than 6 million people in over 8,000 productions, and the recent West End productions of ‘Half A Sixpence’, ‘Betty Blue Eyes’ and ‘The Wind in the Willows’.

The prize recognises an outstanding song from a new musical, with the winner receiving £1,000 to put towards the development of their work. Previous winners include Theo Jamieson, Adam Wachter, Tamar Broadbent and Tim Sutton.

The Prize is usually offered in conjunction with the Stephen Sondeim Society’s Student Performer of the Year Award, with 12 student finalists performing a Sondheim song of their choice, and one of the Best New Song finalists, at a West End gala. However, due to the closure of all theatres, the gala is not happening this year.

During the judges’ deliberation, CheerUpCharlie campaigner Charlie Kristensen will perform the song ‘Different’ from ‘Honk!’ and writer Omar Baroud will perform his own song ‘My Pain’ from his musical ‘After Elijah’.