Broadway HD will stream the show, recorded in 2017 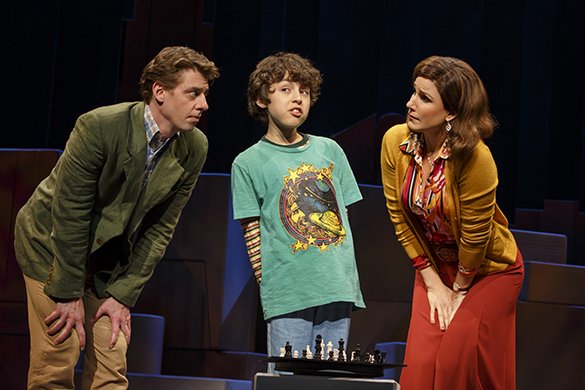 Falsettos, presented in association with Jujamcyn Theaters and directed by Lapine, stars Christian Borle, Stephanie J. Block, Andrew Rannells, and Brandon Uranowitz, all of whom received Tony nominations for their respective performances. Anthony Rosenthal, Tracie Thoms, and Betsy Wolfe round out the cast. The production was filmed live at the Walter Kerr Theatre in New York City in January 2017.

Falsettos premiered on Broadway in 1992 and won Tony Awards for Best Score for William Finn and Best Book of a Musical for James Lapine and Finn. The show consists of two separate musicals, March of the Falsettos and Falsettoland, the second and third in a trilogy of one-act off-Broadway plays, which premiered at Playwrights Horizons, then led by current Lincoln Center Theater artistic director André Bishop. It follows the lives of five people: Marvin; his ex-wife, Trina; his psychiatrist, Mendel; his son, Jason; and his lover, Whizzer.

While the film is free, viewers are encouraged to make a donation to Broadway Cares/Equity Fights AIDS and its Emergency Grants for Pandemic Relief. Click here to donate.

You can watch for free by clicking here on June 25. The stream will be available for 48 hours here