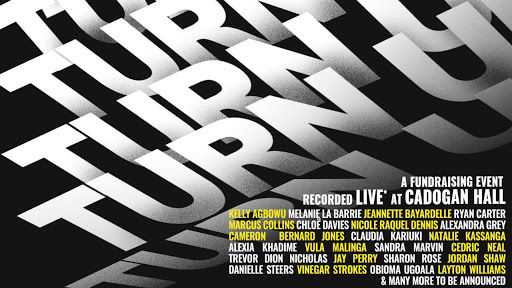 Turn Up, a new online concert featuring black voices from across the West End, Broadway, activism, community leadership and beyond, has been announced.

They will unite to raise funds and awareness for four charities – The Bail Project, The Okra Project, The Black Curriculum and UK Black Pride – in support of the Black Lives Matter movement.

Under the creative direction of Nicole Raquel Dennis and Ryan Carter, Turn Up will stream during July 2020.

The online concert will be recorded with a live band on stage at Cadogan Hall, with a handful of exclusive at home performances and voice overs from the USA and UK.

The event will also include readings, poetry and speeches from prominent figures in the Black community.

Led by musical direction of Sean Green and two associates – Ben Burrell and Ian Oakley – the show marks one of the first occasions since the COVID-19 pandemic hit that live performance has returned to the theatre capital.

The final recording will be made available early July and streamed over 2 nights.