Who will star in the movie? 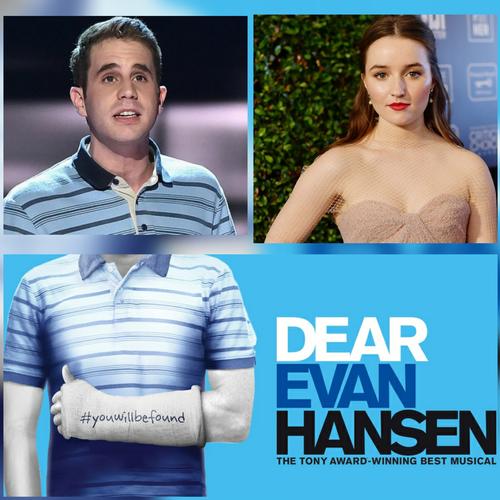 Deadline reports the initial casting for the movie version of Dear Evan Hansen.

Kaitlyn Dever is in talks to play the female lead in the Dear Evan Hansen movie that’s gearing up at Universal.

Ben Platt is expected to reprise his stage role as the title character, though in a curious move, the studio has yet to confirm the 26-year-old’s casting. The story follows high school student Evan Hansen, who gets caught in a lie when one of his letters is mistaken for a classmate’s suicide note. That leads Evan to start a relationship with his classmate’s family, including the boy’s sister, Zoe (Dever), who he begins dating.

Stephen Chbosky (The Perks of Being a Wallflower) is directing the feature adaptation, which was written by Steve Levenson, who wrote the book for the stage show. It went on to win five Tony Awards, including Best Musical. La La Land duo Benj Pasek and Justin Paul wrote the music and lyrics for the film, which Platt’s father, Marc Platt, is producing with Adam Siegel. Pasek and Paul will serve as executive producers. Universal’s Sara Scott and Lexi Barta will oversee production on behalf of the studio.