Next week's appointment on The Show Must Go On. 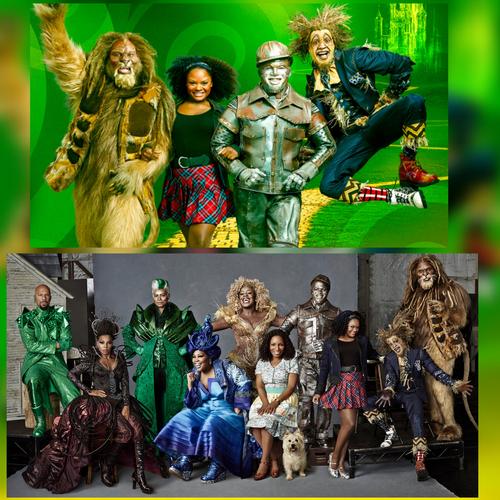 Next weekend, The Show Must go On, the YouTube channel, will stream The Wiz Live!

Originally opening on Broadway in 1975 and running for four years, The Wizhas music and lyric by Charlie Small, Timothy Graphenreed, Harold Wheeler, George Faison and Luther Vandross, with a book by William F Brown. It was adapted for the big screen in 1978 starring Diana Ross as Dorothy.

"The Wiz Live!" brings the wonderful world of Oz to life like never before, featuring a star-studded cast of performers and the awe-inspiring Cirque du Soleil Theatrical. Whisked away from home by a tornado, young Dorothy finds herself transported to the magical Land of Oz, where she sets off on a quest to meet the powerful Wizard and find her way back home. Crossing paths with enchanting friends and wicked foes, Dorothy’s journey is a timeless tale about friendship, courage and learning to believe in oneself. Starring Queen Latifah, Mary J. Blige, Uzo Aduba, Ne-Yo, and a host of other talented performers, "The Wiz Live!" invites viewers of all ages to ease on down the yellow brick road for a vibrant musical adventure unlike any other.

Please note that this weekend planned stream of Peter Pan has been cancelled, as a sign of solidarity with the ongoing Black Lives Matter protests.

The Wiz will be available from 7pm UK time on Friday 12 June for 48 hours here, everywhere except Latin America and Asia.

Viewers will have the opportunity to make charitable donations to the NAACP. The mission of the NAACP is to secure the political, educational, social, and economic equality of rights in order to eliminate race-based discrimination and ensure the health and well-being of all persons.