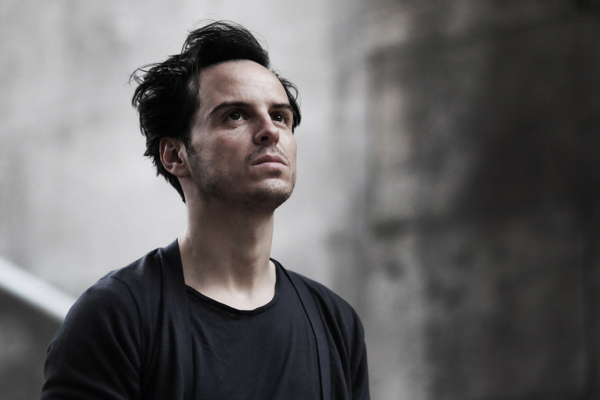 Sea Wall will be available on YouTube for a week.

The piece was  performed by Andrew Scott 12 years ago at the Bush Theatre, directed by George Perrin – it was later revived in 2018 at the Old Vic. The filmed performance is directed by Stephens and Andrew Porter.

“Just because we don’t know, doesn’t mean we won’t know. We just don’t know yet. But I think one day we will. I think we will.”

We want you to meet Alex; you will like him.

He will talk to you about love and scuba diving, the possibility of faith and being the polar opposite of Daniel Craig. And, with an honesty that is funny, painful, moving and real he’s going to tell you about Lucy.

BAFTA award-winning Andrew Scott does not just play Alex, he is Alex.

This is BBC Sherlock’s Moriarty in another shatteringly powerful performance. Sea Wall was written for Andrew by Olivier award winning playwright Simon Stephens, writer of the acclaimed National Theatre stage version of The Curious Incident of the Dog in the Night-Time. Like Curious Incident, Sea Wall has an international audience and has inspired and moved people in over 40 countries. Are you ready for Sea Wall?