And yes, we will miss you.. 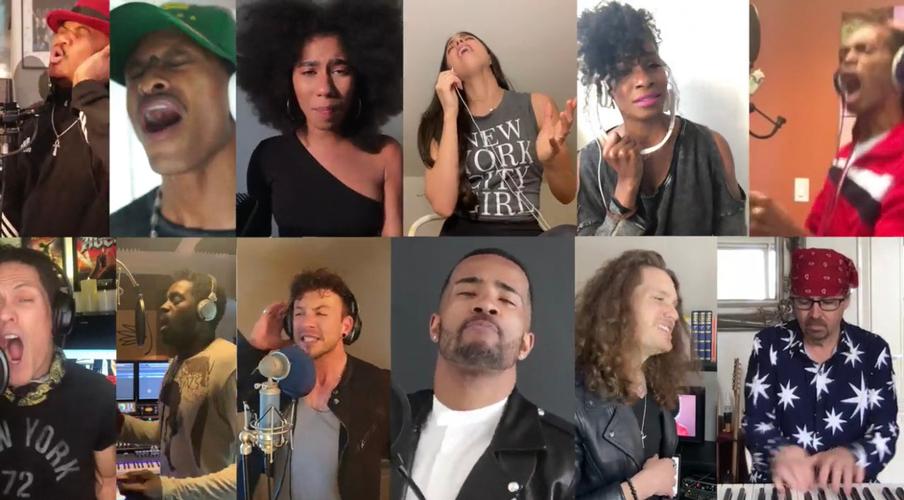 Robbed of the chance to perform their final performance at London’s Lyric theatre on Sunday because of the Coronavirus shutdown, musicians and singers from ‘Thriller Live’ have recorded a breathtaking version of Michael Jackson’s ‘Earth Song’ to say farewell to the West End in style.

16 lead singers, including Peter Andre and Kieran Alleyne, who was ‘Thriller LIve’s first young West End MJ when the show opened in 2009, recorded their vocals in isolation across the globe, from New York to Las Vegas, Los Angeles and Baarn in the Netherlads.

The musicians also recorded their parts alone and the finished track and video were audio produced and mixed by Musical Director John Maher with Sound Designer Chris Whybrow. The video was edited by MiG Ayesa.

John Maher said: “The video features 16 singers from across the full breadth of the show’s history and is a great reminder of the extraordinary talent we’ve had in ‘Thriller Live’ over the years. It was an interesting challenge recording the song one person at a time. Some of the singers have pro-level home studios with great mics, while others were literally singing into their mobile phones. I’m very proud of how they all stepped up. The musicians also did an amazing job in making a cohesive unit despite being spread all over the country. Normally we’d be grinning at one other across a small darkened pit. It was actually great fun, once we got our heads around it.

“We chose this track out of all the songs in ‘Thriller Live’ because ‘Earth Song’ is cinematic in scope, running from intensely personal to literally global concerns. With the world in lockdown fighting the Coronavirus pandemic, it seemed a natural choice for our current predicament.
Everyone is under stress in so many ways - socially, professionally, psychologically, financially - whether you are cooped up at home with a house full of kids or trying to sit it out alone. ‘Earth Song’ was in the show when we started but we rotated it out for several years. Then when we opened in Brazil in 2013 we played it as a special treat for opening night and everyone in the creative team agreed we should put it back into the show permanently. We always suffered from an embarrassment of riches, not being able to fit all Michael Jackson’s hits into the show, but there’s nothing else that has such a wide dynamic range, that starts so tenderly and ends with such a tremendous soaring punch. It’s intensely powerful.”

Director/Choreographer Gary Lloyd said: “‘Earth Song’ contains the ‘Heal The World’ sentiment, yet more powerful and clear in its message.
25 years ago, Michael Jackson was ridiculed for the lyrical content of this song, yet most of it has since become a terrifying reality. We wanted to find something that not only says thank you to our fans and everyone involved in ‘Thriller Live’ following our closure, but also resonates and relates to this current crisis, adding our deepest gratitude to all frontline workers, carers and the NHS for all they are doing.”

You can watch the video here