Online Theatre: is it any good?

Theatres are streaming online: what do you think? 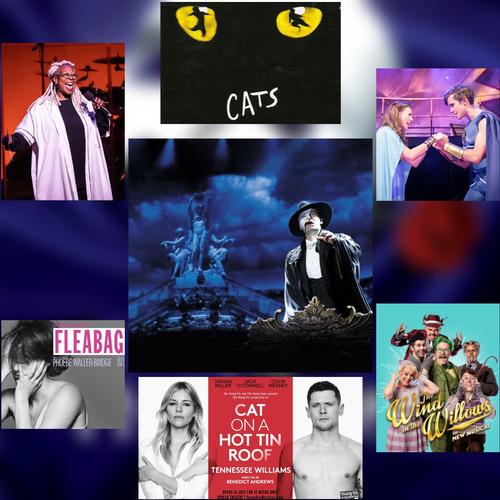 One month ago, the West End and Broadway went dark.

The Coronavirus pandemic shut down our activities, our schools, our jobs and our lives. Including theatres. Actors, dancers and all kinds of performers were hit, and the Virus shut spectators away in isolation.

Luckily, the Internet keeps all of us connected, and it is a formidable way to make our isolation more bearable.

Some theatres are trying to adapt to the challenges created by the pandemic, especially because nobody knows when the lockdown, which was declared in the UK on March 23d, will end.

Many theatres and many producers have opened up their archives, making all types of material available online.

Julian Fellowes’s musical version of ‘The Wind in the Willows’ played at the Palladium in 2017 was the first to be released, followed by the National Theatre, streaming one play every week; Soho Theatre, streaming the popular “Fleabag”, Hampstead Theatre and many others. And people enjoy being able to watch the shows from their homes, usually for free or for a small donation fee.

Online theatre is a great way to see shows, especially in these hard times, and especially for those who cannot afford or are able to watch them live because they live further away from London.

But when I saw “Eugenius”, the musical by Ben Adams and Chris Wilkins (available on the Eugenius Facebook page), I could not feel the same “vibes” that I experienced when I saw it twice at The Other Palace, in London. Eugenius is a funny, catchy, entertaining, colourful show; watching it from my computer left me, somehow, cold.

More recently, Andrew Lloyd Webber announced the creation of his YouTube Channel, called The Show must Go On. After Joseph and the Amazing Technicolour Dreamcoat and Jesus Christ Superstar, Andrew announced the third show: Phantom of the Opera. As you know, Phantom is one of the most popular musicals ever, and our Facebook post (dated 14/04) became viral and reached more than two million people (!) in a few hours, with thousands of shares and comments from all over the world.

One of our readers from the Philippines wrote:

“Thank you Mr. Webber for allowing us to watch the phantom of the opera straight from London theatre. It was an amazing show and a great opportunity for me. I do not have the financial capacity to watch it since I am just an ordinary employee and don't have money to go to London, but you made it possible for us”

This is the most amazing show with the most fabulous music. I promise that sitting in that theatre you will go through every emotion possible.

I will be watching on Youtube, but I am also saving up for our next visit to the front row in the middle of the royal circle!!”

A long discussion followed that comment, and we had to moderate some of the replies. The reader was just saying “I will watch it and enjoy it, but let’s not compare it to the atmosphere that you would breathe watching it at the theatre”.

Online theatre is helping us to get through this difficult isolation period. It is also easily accessible and I can enjoy from London the same show that someone else is enjoying from Malaysia or Australia. And maybe someone who would have never had the chance to see that show, otherwise. And this is amazing.

There’s never going to be anything like sitting in a theatre with a hundred or a thousand people around you laughing, crying, doing all those emotional things that hopefully good theatre will do for you.”

Let’s not forget this, and if you can, when theatres will open again, go support the magic of live theatre that will never be replaced by any technology.

Until that day, stay safe everyone and stay tuned: we have many surprises for you and we will keep updating with all the news.