More theatre online for your lockdown... 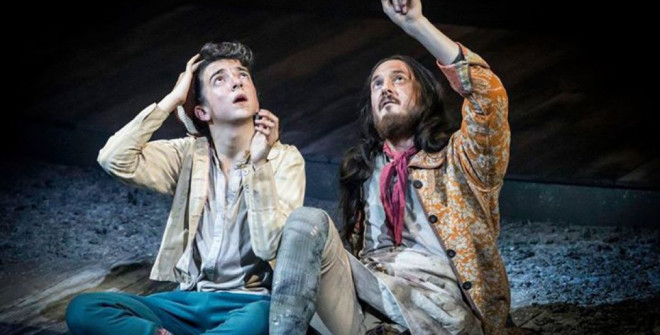 Robert Louis Stevenson’s  Treasure Island will be streamed for free on YouTube tonight.

It was recorded through National Theatre Live on 22nd January 2015.

It's a dark and stormy night. The stars are out. Jim, the inn-keeper's granddaughter, opens the door to a terrifying stranger. At the old sailor's feet sits a huge sea-chest, full of secrets. Jim invites him in – and her dangerous voyage begins.

Twelfth Night with Tamsin Greig will be streamed on 23 April.

All the National Theatre productions will be screened live every Thursday at 7.00pm UK time and will then be available on demand for seven days on the NT's YouTube channel.