This show will be available this weekend 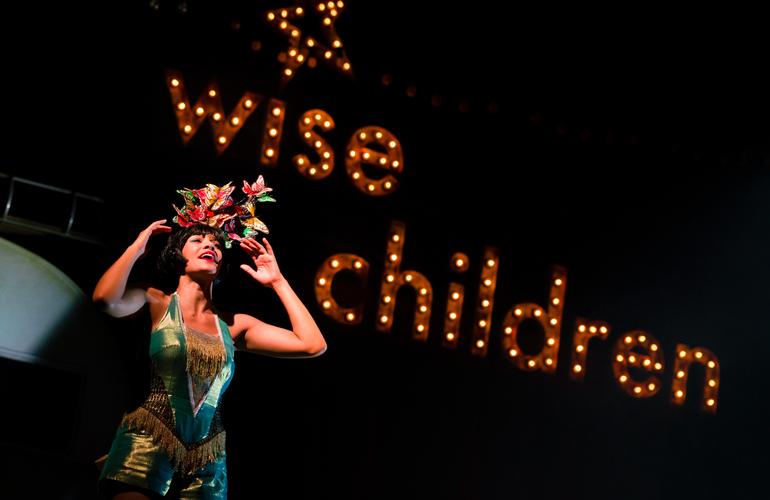 Wise Children today announce that Angela Carter’s Wise Children, their critically-acclaimed co-production with The Old Vic, Belgrade Theatre Coventry, Oxford Playhouse and York Theatre Royal, adapted and directed by Emma Rice, will be available to stream on BBC iPlayer from this weekend for 3 months as part of the BBC’s Culture in Quarantine programme. It will also air on BBC 4 in May 2020 – date to be announced.

Emma Rice said today, “I dreamt about adapting Angela Carter’s Wise Children for years before it became a reality, and, when I finally did make it, it was the first piece I made for my new company. It’s a show I carry deep in my heart; a love letter to theatre, to survival, to family and family of choice. When The Space commissioned us to film it for the BBC I almost burst with pride! I delight in the fact that we now get to share this glorious story with so many others, and hope that the fun, truth, love and generosity poured into it will find its way into sitting rooms across the country! What feels even more perfect is that we’re releasing it now. Today, more than ever, we need the joy, resilience, hope and love of life which runs through the veins of Wise Children. As Nora and Dora Chance, the show’s central characters, tell us: “What a joy it is to dance and sing!’. Never has this been more true. We hope you enjoy!”

Fiona Morris, CEO and Creative Director of The Space, added, “We were delighted to commission the filming of this fantastic production which has received acclaim, and applaud Wise Children for creating an impressive piece of theatre that can now be enjoyed by wider audiences as part of the Culture in Quarantine programming.”