Curtains to be streamed Online - News

More theatre from your sofa 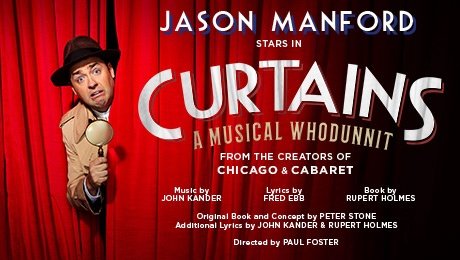 The recently UK touring production of Kander & Ebb’s Curtains will be streamed online for charity, it has been announced.

Jason Manford plays lead detective Frank Cioffi in the whodunnit showbusiness piece, which follows what happens after a murder occurs during a production destined for Broadway.

The show has a book by Rupert Holmes with original book and concept by Peter Stone. It is directed by Paul Foster, with choreography from Alistair David, musical supervision from Sarah Travis, set from David Woodhead, costume from Gabriella Slade, lighting from Tim Mitchell and sound from Tom Marshall.

All profits will go to Fund For Freelancers, a charity set up by Paul Taylor-Mills, Helen Clarkson, Sasha Regan and Sita McIntosh to support creatives out of work.