Also, the show will welcome NHS staff for free 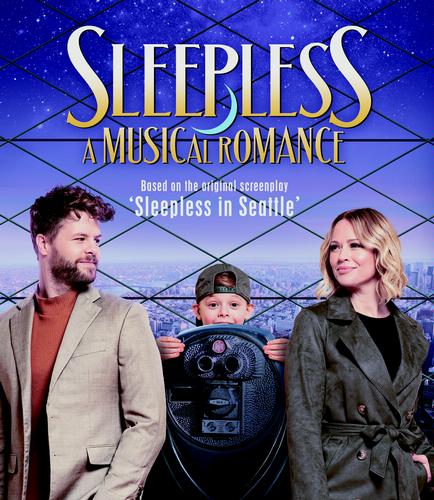 Sue Simmerling, owner of costume design company Carry on Costumes, is doing her bit to help the NHS in its battle against COVID-19.  Sue was contacted by fellow designer Dulcie Scott, who started the crowdfunding group ‘Helping Dress Medics’. The group’s aim is to purchase fabrics that are then made into scrubs for the NHS medics dealing with the virus in hospitals.

Sue had just finished designing and making the costumes for the world premiere of SLEEPLESS, A Musical Romance and was delighted when her producers, Michael Rose and Damien Sanders, offered to share the costs with her to pay for 800 metres of fabric. This will be despatched to seamstresses around the country who will make PPE to protect the NHS heroes on the front line. As well as donating, Sue was only too pleased to volunteer the services of her team for the cause. Carry on Costumes are already in the process of making 70 sets of scrubs for Guy’s Hospital in London.

In addition to helping fund the fabric for scrubs, producers Michael Rose and Damien Sanders have also said they will devote a performance of their show SLEEPLESS, A Musical Romance to all NHS workers, who will be able to watch the show free-of-charge once it opens.  It will be called “A Night for Sleepless Heroes” in their honour.

Michael Rose and Damien Sanders said, “We were so glad to help Sue and her team.  While theatres are closed, this is something we can do to help the people on the frontline in this fight against COVID-19.  And, as a thank you to these NHS heroes, we wanted to welcome them to the Troubadour Wembley Park Theatre once we’re all back up and running and to see SLEEPLESS free-of-charge.”

SLEEPLESS, A Musical Romance, based on the original screenplay Sleepless in Seattle, was due to start performances on 24 March at the Troubadour Wembley Park Theatre, London.  The new musical has a book by Michael Burdette and music and lyrics by new British writers Robert Scott and Brendan Cull and will feature a 12-piece jazz orchestra.