Dear Evan Hansen Cast Singing "You will be found" - News

A new, remote version of the song 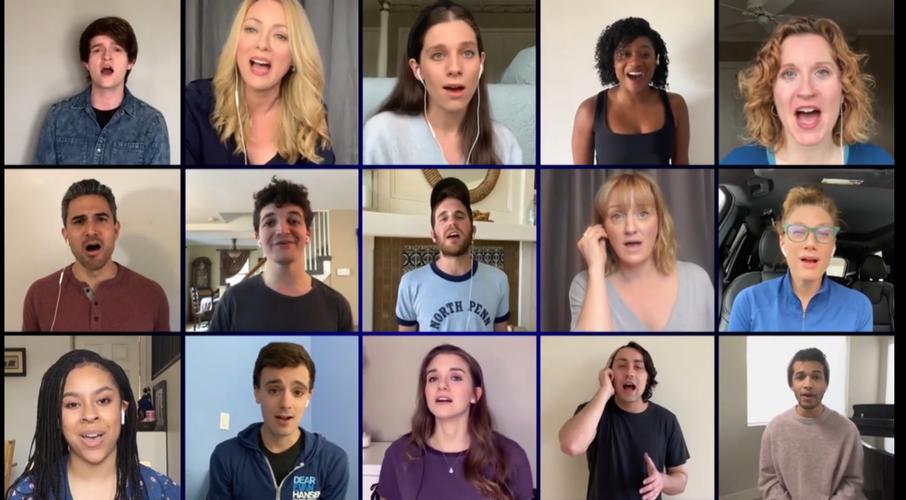 Ben Platt stepped back into Evan Hansen's shoes for one night to remind us all of a powerful message: "You are not alone." The  actor made a surprise appearance on The Late Late Show's #HomeFest on March 30, along with the cast of Dear Evan Hansen, to sing "You Will Be Found" from the hit Broadway musical. The rendition came after a powerful monologue by host James Corden, who empathized with his viewers during this time of uncertainty.