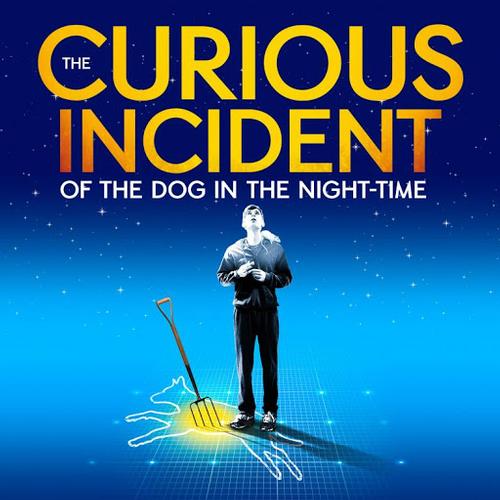 The Olivier and Tony Award®-winning production of The Curious Incident of the Dog in the Night-Time will tour the UK and Ireland this Autumn. Launching at The Lowry, Salford, Curious Incident will then go on to visit to Sunderland, Bristol, Birmingham, Plymouth, Southampton, Liverpool, Edinburgh, Dublin, Belfast, Nottingham and Oxford, with further venues to be announced. Curious Incident will also play for a limited run in London at Troubadour Wembley Park Theatre in Brent - London Borough of Culture 2020 - following the acclaimed run of War Horse in 2019.

The play tells the story of Christopher John Francis Boone, who is fifteen years old. He stands besides Mrs Shears’ dead dog, which has been speared with a garden fork, it is seven minutes after midnight and Christopher is under suspicion. He records each fact in a book he is writing to solve the mystery of who killed Wellington. He has an extraordinary brain and is exceptional at maths while ill-equipped to interpret everyday life. He has never ventured alone beyond the end of his road, he detests being touched and distrusts strangers. But his detective work, forbidden by his father, takes him on a frightening journey that upturns his world.

The production is designed by Bunny Christie, with lighting design by Paule Constable, and video design by Finn Ross. Movement is by Scott Graham and Steven Hoggett for Frantic Assembly, music by Adrian Sutton and sound by Ian Dickinson for Autograph. The Associate Director is Anna Marsland. Casting is by Jill Green CDG.