Who wins - you decide! 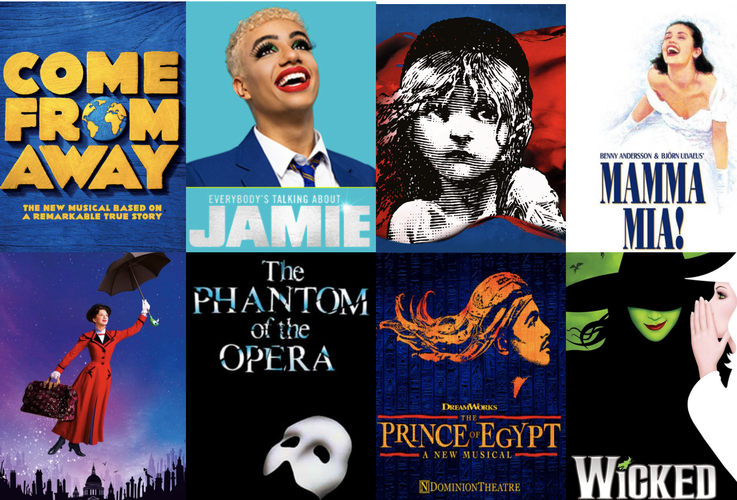 ‘Come from Away’, ‘Everybody’s Talking About Jamie’, ‘Les Miserables’, ‘Mamma Mia!’, ‘Mary Poppins’, ‘The Phantom of the Opera’, ‘The Prince of Egypt’ and ‘Wicked’  are today announced as the West End musicals who will be competing against each other  performing original Eurovision Song Contest entries in their own unique style in  the 10th anniversary of ‘West End Eurovision’.

The competing musicals from ‘Come from Away’, ‘Everybody’s Talking About Jamie’, ‘Les Miserables’, ‘Mamma Mia!’, ‘Mary Poppins’, ‘The Phantom of the Opera’, ‘The Prince of Egypt’ and ‘Wicked’ will be performing an original Eurovision Song Contest entry of their choice from across Europe and the years  with their own dazzling choreography and often stunning  costume reveals to win text votes from the theatre audience and the approval of a panel of celebrity judges and votes from judges from each competing show. No where else can you see the casts of 8 West End Shows performing on one stage!

WEST END EUROVISION is back - and will celebrate its 10th anniversary - at the Adelphi Theatre on Sunday 19 April.

It will once again raise much-needed funds for  TheatreMAD. Since the first contest was staged in 2008, well over £400,000 has been raised by the event for the charity enabling them to continue to expand their support network to those living with, and affected by, HIV.