West End theatre saw a dip in attendances in 2019 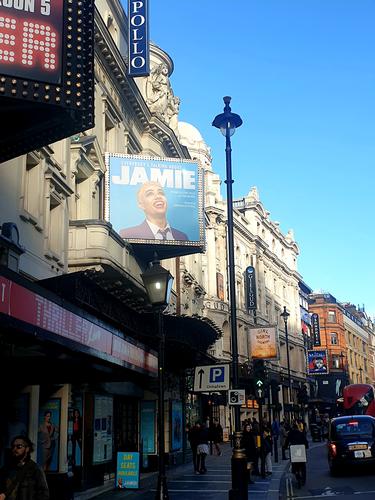 The Society of London Theatre (SOLT) has released 2019 ticket sales data for its member venues, which include all of the commercial West End and London's major subsidized theatres. The data shows that plays saw a 3% rise in audience attendance, while musicals dropped by 2%. Overall attendance is down 1.4% from 2018, but gross revenue is up 4.3%.

The figures reveal an annual London theatre audience of over 15.3 million - nearly 1 million higher than Broadway - filling a record 80.7% of available seats and generating £799m in box office revenue.

Highlights from the data:

Plays saw a nearly 3% rise in audience numbers, while musicals dipped by just under 2%. This reflects the fact that four of London's largest musical houses - the Dominion Theatre, the London Palladium, the Theatre Royal Drury Lane and the newly renamed Sondheim Theatre - were dark for a significant proportion of the year, in some cases to carry out significant renovation projects. A total of 371 dark weeks in 2019, compared to 207 the previous year, explains the small drop in overall attendances.

'These figures demonstrate the buoyancy of London's theatre industry and the city's status as the world's leading theatre destination. Our major theatre owners and producers continue to present world class work, while investing in their historic venues to give audiences the best possible experience.

Audiences remain hungry for a quality live experience, evidenced by the unprecedented percentage of seats filled in 2019. The theatre industry is committed to offering a wide range of affordable tickets, alongside discount schemes, school outreach projects and SOLT audience development initiatives like Kids Week and New Year Sale. It is fantastic to see that over 5 million* tickets were available in the commercial West End at £40 and under last year, with only 1.1% at £150 and above.'