He will be Eddie Souther 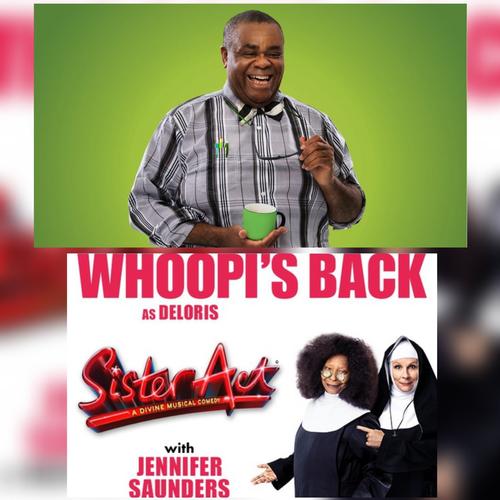 Olivier award- winning actor Clive Rowe will join the cast as ‘Eddie Souther’ in the smash-hit musical “SISTER ACT”. He will play the part in Leicester, Leeds, Newcastle, Sheffield, Manchester and London. In London, Clive will star opposite Whoopi Goldberg as ‘Deloris Van Cartier’ and Jennifer Saunders and ‘Mother Superior’. Brenda Edwards will play ‘Deloris Van Cartier’ at selected performances during the London season and all venues on the UK and Ireland tour. Casting for the role of Mother Superior on the UK and Ireland tour and the full company will be announced soon.

Tickets for the recently announced extra week of performances in London go on sale at 10 am this Friday, 7 February.

Clive Rowe won the Olivier award for Best Supporting Actor in a Musical for “Guys and Dolls” at The National Theatre and was also nominated for Best Supporting Performance in “Carousel”, also at The National Theatre. At 2009’s Oliviers, he was nominated for the Outstanding Achievement in an Affiliate Theatre award for “Mother Goose” at Hackney Empire. His many West End and touring credits include “Ladykillers” at the Gielgud Theatre, “Chicago” at the Adelphi Theatre, “Sweet Charity” at the Donmar Warehouse, the UK tour of “The Wind in The Willows” and “Me and My Girl” at Chichester Festival Theatre.

Based on the iconic movie, this sparkling tribute to the universal power of friendship, sisterhood and music tells the hilarious story of the disco diva whose life takes a surprising turn when she witnesses a murder. Under protective custody she is hidden in the one place she won’t be found – a convent!  Disguised as a nun and under the suspicious watch of Mother Superior, Deloris helps her fellow sisters find their voices as she unexpectedly rediscovers her own.