Hamilton at the Cinema - News

Rumors have been confirmed 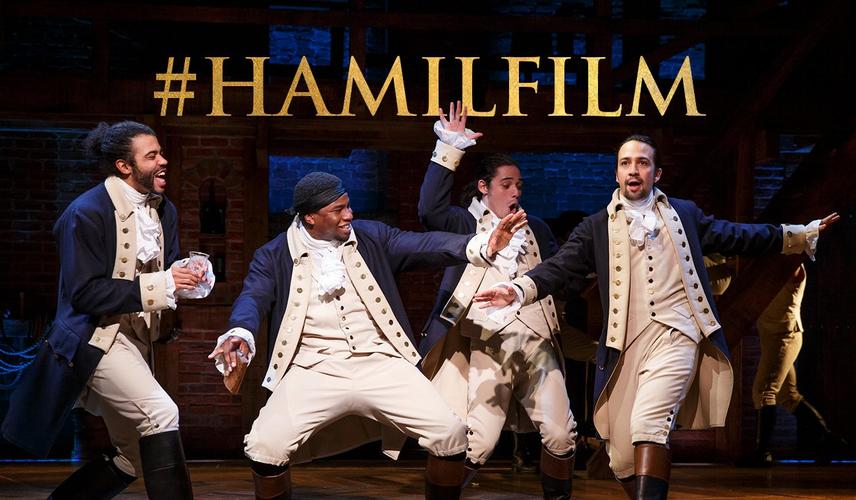 The filmed presentation of the Tony-, Pulitzer-, and Olivier-winning musical will arrive in movie theatres on October 15, 2021. Disney produces the cinematic release along with creator (and original star) Lin-Manuel Miranda, producer Jeffrey Seller, and director Thomas Kail.

The production was filmed at Broadway's Richard Rodgers Theatre while the original company took the stage. Joining Miranda were Tony winners Leslie Odom Jr. as Aaron Burr, Renée Elise Goldsberry as Angelica Schuyler, and Daveed Diggs as Marquis de Lafayette/Thomas Jefferson, along with Tony nominees Phillipa Soo as Eliza Hamilton, Christopher Jackson as George Washington, and Jonathan Groff as King George. Rounding out the principal company are Jasmine Cephas Jones as Peggy Schuyler/Maria Reynolds, Okieriete Onaodowan as Hercules Mulligan/James Madison, and Anthony Ramos (who stars in the upcoming film adaptation of Miranda's In the Heights) as John Laurens/Philip Hamilton.