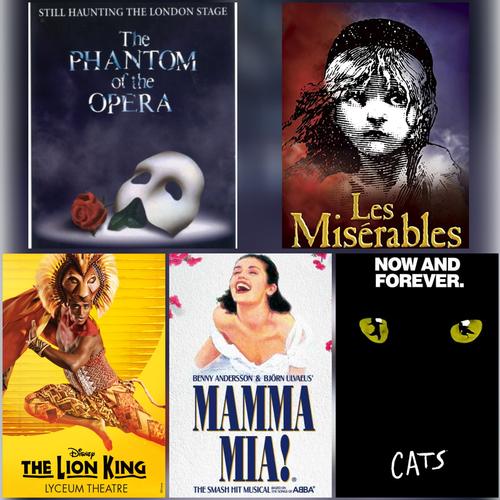 The Phantom of the Opera has been named the best West End show of all time in a survey.

Now in its 33rd year in the West End, The Phantom is widely considered one of the most beautiful and spectacular productions in history. Andrew Lloyd Webber’s romantic, haunting and soaring score includes Music of the Night, All I Ask of You, Masquerade and the iconic title song.

Of the 2,000 adults polled, one-quarter believed the show – which has box office revenues bigger than any other film or stage play in history – is the best production ever to run on the West End.

A close second is Les Miserables. Seen by over 120 million people worldwide in 52 countries and in 22 languages, Les Mis is undisputedly one of the world’s most popular musicals.

Congratulations to all the five amazing musicals!