He will be Wilbur Turnblad 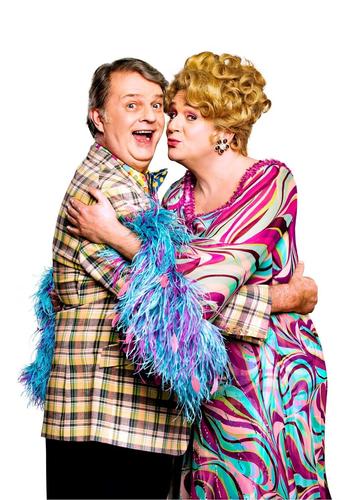 Paul Merton has been announced to join the West End cast of the upcoming London Coliseum production of Hairspray.

He will play the part of Wilbur Turnblad opposite Michael Ball as Edna Turnblad.

Baltimore, 1962. Tracy Turnblad is a big girl with big hair and big dreams. Can she make it on the local TV dance show, win the heart of teen heartthrob Link Larkin and bring everyone together – whatever their colour, size or hairdo? Well if you want a change, you’ve really got to shake things up!

With the original award-winning creative team of director Jack O’Brien and choreographer Jerry Mitchell, and featuring the infectiously feel-good songs “Good Morning, Baltimore”, “Big, Blonde and Beautiful” and “You Can’t Stop the Beat”, this inspirational, fun-loving and fabulously uplifting musical sensation is back and bigger than ever.