Cinderella to open in London - News 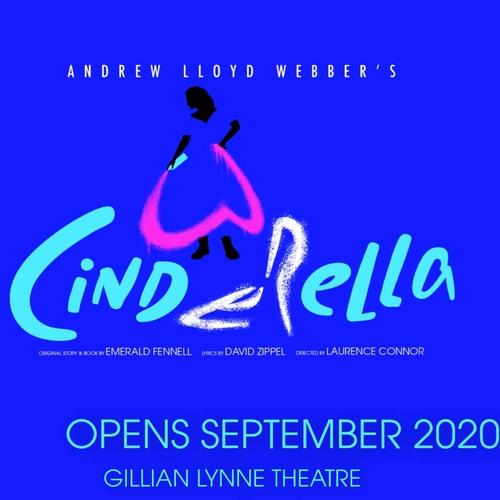 The production, a complete reinvention of the classic fairytale, is based on an original idea by Emerald Fennell, the Emmy Award nominated lead scriptwriter of the second season of international smash hit Killing Eve, with a brand new score from the legendary composer.

Fennell’s new film A Promising Young Woman, that she has written and directed and which stars Carey Mulligan, will open this Spring.  As an actress she played Patsy Mount on the BBC’s Call The Midwife and currently depicts Camilla Parker Bowles on the Netflix hit The Crown.

The show’s lyrics are from David Zippel, a multi-award winner for Broadway productions including City of Angels, The Goodbye Girl, The Woman in White and Liza at the Palace, as well as for work on film including Disney’s Hercules and Mulan, both of which received Oscar nominations.

Cinderella will be directed by Laurence Connor, with choreography from JoAnn Hunter, who previously partnered on School of Rock and the recent, sold out production of Joseph & the Amazing Technicolor Dreamcoat at The London Palladium.

Andrew Lloyd Webber said: “I have long wanted to write my own version of Cinderella but could never find a take on the classic story that really grabbed me.  Emerald Fennell has written something truly exciting and original, and the moment I read her outline I knew I’d found my latest collaborator.  I’m very pleased to be working with David Zippel, a hugely witty lyricist, once again.

I’m also excited to be reunited with Laurence and JoAnn, who I loved creating School of Rock with and who delivered a knock out Joseph last Summer at The London Palladium, where it rightfully returns in June.”

All further creative team and cast announcements regarding Cinderella will be made at a later date.

School of Rock The Musical will complete its hugely successful run at the Gillian Lynne Theatre on Sunday March 1, having played more than 1400 performances, before heading out on a major UK Tour in 2021. All tour dates and further information will be announced in due course.

Seen by over 1.3 million people, the West End production of School of Rock, based on the hit movie comedy starring Jack Black, received widespread critical and audience acclaim when it opened in November 2016, going on to win both Olivier and Whatsonstage.com Awards.  Since opening the show has also welcomed over 100 young actor musicians to the kids cast of the show, who play their instruments live at every performance.

School of Rock opened in London following a triumphant Broadway premiere in 2015.  The New York production ran for more than three years and also embarked on an 18 month US tour.  The show is also currently playing in Sydney, following dates in Melbourne, Brisbane, Auckland, Korea and a multi-city tour of China.  This extensive Australasian tour will continue into 2020 with dates across the region and a major UK tour will launch in February 2021.  Standalone productions have also played in Italy, Brazil and Israel with runs in Argentina, Spain, South Africa, Mexico and Germany planned.

Andrew Lloyd Webber further said: “I’ve been thrilled by School of Rock’s success around the world, especially in the West End.  I’m very glad that so many kids have seen the show and been inspired to pick up an instrument and take up music after seeing what our young performers do live every night.  There are local language productions now planned around the world, and I’m particularly keen to see the Chinese kids band rock out in due course!”

Following School of Rock’s departure from the Gillian Lynne Theatre, owners LW Theatres will carry out internal upgrade work to the building including the addition of more toilets, refurbishment to areas of the auditorium and Front of House, as well as the potential increase in seating capacity on the circle level of the theatre.