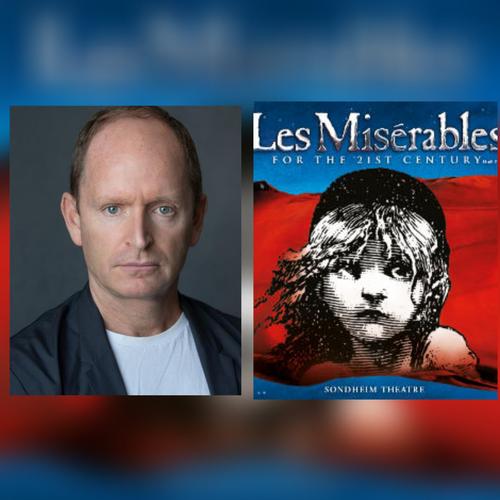 Matt Lucas stepped in to play the role of Thénardier for a few weeks when Gerard Carey was unable to perform before the first preview of the new production of Les Misérables at the Sondheim Theatre last month due to vocal injury caused by contracting pneumonia.  Last week Lucas regrettably sustained a back injury which has meant he is unable to continue in the role.

Consequently, Ian Hughes who recently took over the role of Thénardier to great acclaim in the current sell-out UK and International tour of Les Misérables will now join the London company to partner Josefina Gabrielle (Madame Thénardier) from tomorrow, Friday 10 January 2020, until the end of February when Gerard Carey is expected to return to the role as originally announced having over the past few weeks been on complete rest to avoid any long-term damage to his vocal chords.

Ian Hughes was the first recipient of the Ian Charleson Award for his performance in Torquato Tasso and has appeared in the West End productions of Guys and Dolls at the Savoy Theatre, The Lion King at the Lyceum Theatre and The 39 Steps at the Criterion Theatre.  His many credits for the Royal Shakespeare Company include A Midsummer Night’s Dream, King Lear, The Comedy of Errors, The Winter’s Tale and The Lion, the Witch and the Wardrobe.

Cameron Mackintosh said: “To lose one master of the house is unfortunate and two perhaps careless!  I am delighted to be bringing Ian Hughes to the wonderful London Company to partner Josefina Gabrielle in order that Les Misérables can officially open at the Sondheim Theatre next week as planned. I am sure it will be third time lucky!  I am so grateful to Matt Lucas who abandoned his holiday plans to help us out and am looking forward to welcoming back Gerard to the Company at the end of February.  I wish them both speedy recoveries.”

Check the tickets for Les Miserables at £ 18 here