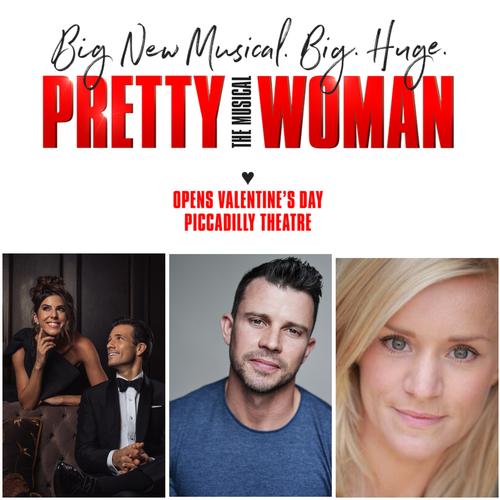 The full cast of Pretty Woman has been announced.

Joining the previously announced Aimie Atkinson as ‘Vivian Ward’ and Danny Mac as ‘Edward Lewis’ are Rachael Wooding as ‘Kit De Luca’, Bob Harms as ‘Happy Man/Mr Thompson’, Neil McDermott as ‘Philip Stuckey’ and Mark Holden as ‘James Morse’. It begins performances at the Piccadilly Theatre on 13 February 2020, where it will play for a strictly limited engagement.