Another round for them! 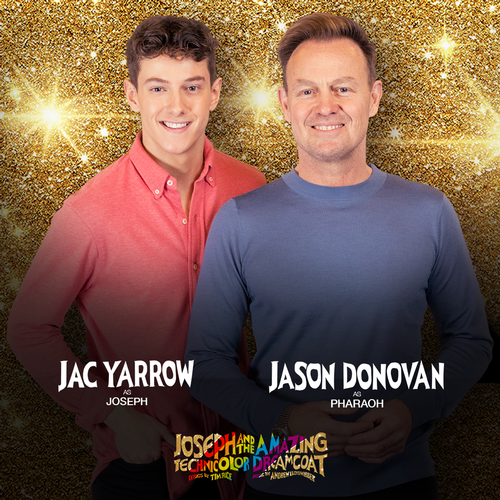 Jason Donovan and Jac Yarrow will be back at the London Palladium in 2020, as the new, smash hit production of Joseph and the Amazing Technicolor Dreamcoat returns following its triumphant season this year.

Jason Donovan will return in the role of Pharaoh. He was originally in the show when he made his defining stage performance as the title character of Joseph in the 1990s, in a sold-out 18-month run which produced a No.1 single and best-selling soundtrack album. Jason raised the roof of the London Palladium this year as Pharaoh, who rocks ‘Song of the King’ in the iconic musical by Tim Rice and Andrew Lloyd Webber.

Jac Yarrow caused a sensation when he made his professional stage debut playing Joseph, following in the footsteps of a line of stars who have previously played the title character. His portrayal of Joseph won him unanimous acclaim, with his rendition of ‘Close Every Door To Me’ regularly stopping the show with standing ovations.

Performances will begin on Thursday 2 July 2020, with Joseph and the Amazing Technicolor Dreamcoat playing a strictly limited 10-week season through until Sunday 6 September 2020. Book your tickets here