City of Angels in the West End - News 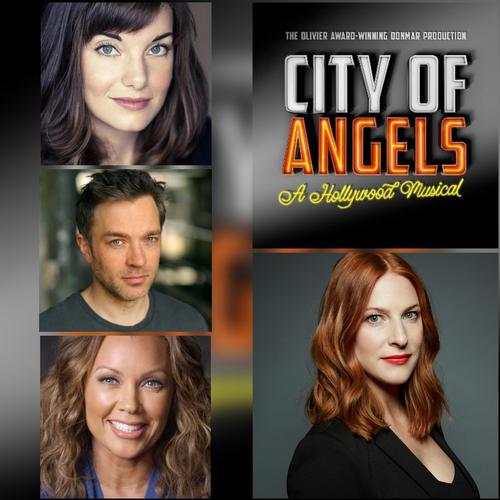 Josie Rourke’s critically acclaimed and Olivier Award winning production of City of Angels makes its West End transfer five years since opening at the Donmar Warehouse in 2014. The musical will play at the Garrick Theatre for a limited season, with previews from Thursday 5 March 2020, reuniting the production’s entire creative team.

Josie Rourke’s “ingenious, stupendous revival” (The Telegraph) premiered in 2014, when it was hailed as “a blissful evening” (The Stage) that’s “smart, seductive and very funny” (Evening Standard). With a swinging score by Cy Coleman and David Zippel and a brilliantly witty book by Larry Gelbart, City of Angels is a musical love letter to the glamorous world of old Hollywood and film noir.

The West End production will star Hadley Fraser* as Stine, Rosalie Craig* as Gabby/Bobbi, Rebecca Trehearn* as Donna/Oolie and making her West End debut, Vanessa Williams, in the role of Carla/Alaura.