The cast of Soho Cinders - News

It will run at the Charing Cross Theatre 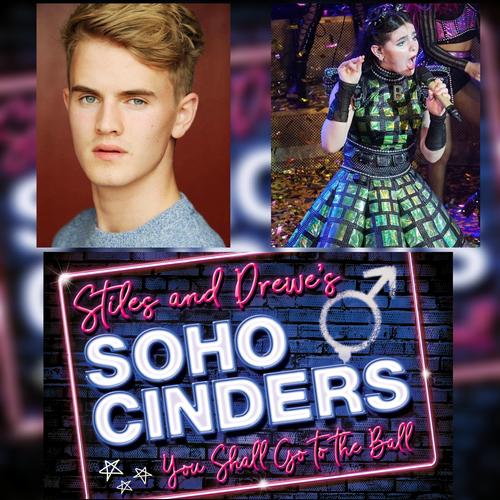 Luke Bayer and Millie O'Connell will lead the cast of Soho Cinders at the Charing Cross Theatre.


They will be joined by Lewis Asquith, Christopher Coleman, Ewan Gillies, Tori Hargreaves, Natalie Harman and Michaela Stern, with an ensemble cast featuring Jade Bailey, Thomas Ball, Luke Byrne, Ben Darcy, Laura Fulgenzi, Danny Lane, Savannah Reed and Melissa Rose.
Soho Cinders is a  musical update of the Cinderella fairy tale with an infectious score that you’ll be humming long past the stroke of midnight!
When impoverished student Robbie becomes romantically involved with engaged London Mayoral candidate James Prince, his lap-dancing step-sisters become the least of his problems! James and Robbie’s worlds collide forcing them to fight for their own fairy-tale ending in this hilarious, satirical twist on the classic Cinderella story.

Soho Cinders, with Music by George Stiles and Lyrics by Anthony Drewe with Book by Anthony Drewe and Elliot Davis, will run nine weeks at London’s Charing Cross Theatre from Thursday 24 October to Saturday 21 December, 2019.