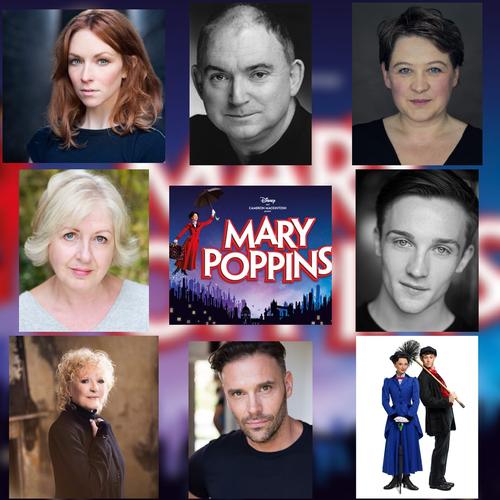 Cameron Mackintosh and Disney Theatrical Productions are delighted to announce final adult casting for the new production of Mary Poppins which begins rehearsals in September and returns to its original West End home at the Prince Edward Theatre from 23 October 2019.

Joining Zizi Strallen in the title role, Charlie Stemp as Bert, Joseph Millson as George Banks and Petula Clark as the Bird Woman, are Amy Griffiths who will play Winifred Banks, Claire Moore as Miss Andrew, Claire Machin as Mrs Brill, Jack North as Robertson Ay and Barry James as Bank Chairman and Admiral Boom.  Casting for the roles of Jane and Michael Banks will be announced at a later date.

This production of Mary Poppins has orchestrations by William David Brohn with dance and vocal arrangements by George Stiles. It has a new sound design by Paul Gatehouse and new lighting by Hugh Vanstone and Natasha Katz. Co-choreography is by Stephen Mear. The reimagined set and costume designs are by Bob Crowley. Co-direction and choreography is by Matthew Bourne and direction by Richard Eyre.

The stage production of Mary Poppins originally opened in the West End in December 2004, running for over 1,250 performances. During this time, the production won two Olivier Awards and an Evening Standard Award. Subsequently the Tony Award®-winning Broadway production ran for over six years.

We have tickets from £ 24 here