The Chicago Blues Brothers come to the West End - News

London's Savoy Theatre for one night only 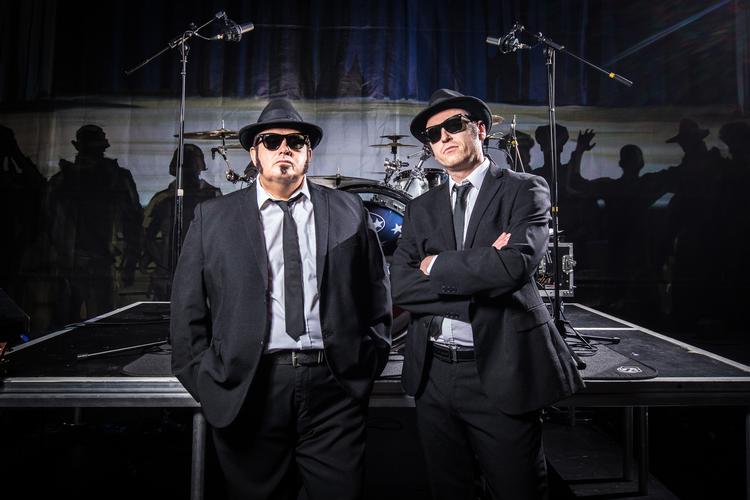 Featuring blues, soul, Motown and funk classics with a few surprises thrown in along the way ‘The Chicago Blues Brothers’ captures the sound, energy and persona that propelled the film to a cult status and that still thrills audiences worldwide today.

Backed by the multi award winning CBB Band and the Sweet Soul Sisters, a new stage set and state of the art full stage projection

‘The Chicago Blues Brothers’ is a joyous hoot, a musical riot, a juiced-up jamboree of the coolest, funkiest soul, blues and Motown hits performed with style, class and showmanship by a troupe of some of the finest entertainers working in modern musical theatre.

Infectious, dazzling, riotous, exuberant and spirited, the legacy of Jake and Elwood has been jump-started for a new generation with an energy. ‘The Chicago Blues Brothers’ are on a mission once again and hope to give London audiences a night to remember.

Chris Hindle is the driving force behind ‘The Chicago Blues Brothers’, not only does he play Jake in the show, he also is responsible for the production of the show. From stage set to artwork, social Media to arrangements – Chris is right there at the heart of everything.

Chris also trained at the De Costa academy in York studying the art of Italian Opera. A natural tenor and performer, he was able to hit those high notes with ease, but his musical passion laid elsewhere. In Joliet Jake Blues he has truly found his calling.

Award winning vocalist Gareth ‘Elwood’ Davey was a well-established solo artist for several years touring throughout the UK but he decided to leave his solo career behind him and join ‘The Chicago Blues Brothers’. He amazes audiences with his natural vocal ability; from deep bluesy bass vocals to sweet soulful falsetto, Gareth has a vocal range that very few pro singers can compare to.

Chris and Gareth have been best friends for over 16 years, and this shines through on stage. They are both professional wind up artists and enjoy playing tricks on everyone in the band and members of the public. Their off-stage friendship is one of the magical aspects that makes the Chicago Blues Brothers such a fun and unique show.