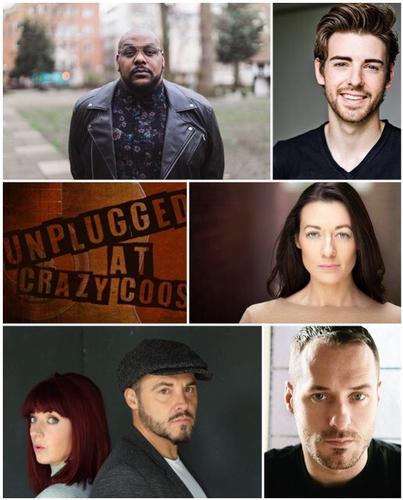 From the producers behind the hugely successful West End Live Lounge comes the debut of Unplugged at Crazy Coqs.

SMC Productions brings you a series of concerts celebrating some of the best singer/songwriters from the West End. Stepping away from the world of musical theatre, some of your favourite performers will be showcasing their own original music and explaining the stories behind it in an intimate concert.

The festival kicks off with two preview concerts on Sunday 4th August (3pm and 7pm) with a line up including: Declan Bennett  (Once, Jesus Christ Superstar, Eastenders), Trevor Dion Nicholas (Aladdin, The Wiz, Big River), Simon Gordon (Bat out of Hell, Moulin Rouge), Matthew Harvey (Jesus Christ Superstar, Oklahoma, Les Miserables) Caroline Kay (The Clockmakers Daughter) , Sarah Moss (Twentieth Century Boy, Noises Off), Lauren James Ray (Wicked, Les Miserables), Evie Rose Lane (Just So) and  Rhys Whitfield (Summer and Smoke, Jesus Christ Superstar). Each artist will give you a sneak preview of some of their material in advance of the main event later in the month.

*Please note that Declan Bennett will only be performing at the 7pm show.

The official festival begins on the 19th August and the week will see a series of intimate solo concerts. Speaking of the event, producer Shaun McCourt said “ I am so excited to be producing Unplugged at Crazy Coqs. I have such an appreciation for those who write their own material and it is great to give them a platform to showcase it. Crazy Coqs is the perfect venue for this intimate music festival and I am thrilled to be working alongside the amazing team there. “

The programme for Unplugged at Crazy Coqs is as follows: