The Drifters Girl closes in the West End

The show will tour the UK 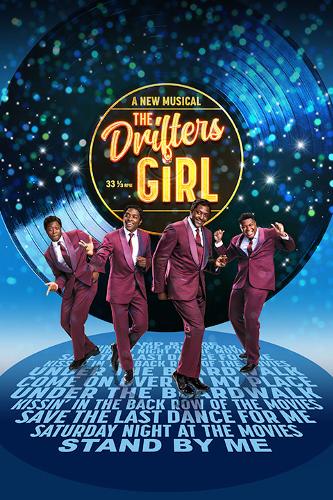 Michael Harrison and David Ian have today confirmed that their acclaimed musical, The Drifters Girl, will play its final performance at the Garrick Theatre in London on Saturday 15 October, before embarking on a UK Tour next year, opening at the Mayflower Theatre, Southampton in September 2023.

The Drifters Girl has been thrilling audiences since beginning in Newcastle in October 2021. The show transferred to London in November 2021, and has continued to play to nightly standing ovations. The Drifters Girl will now play a major UK Tour from Autumn next year, with full tour dates to be announced in due course. Michael Harrison and David Ian said: “When Adam, Tarinn, Matt and Tosh agreed to be in The Drifters Girl, we were overjoyed because we knew they were special. As are our team of covers, who kept the show going through the immensely difficult periods that the entire theatre industry has faced with Covid. Now we are fortunate to have Felicia, who is giving a thrilling performance every night as Faye Treadwell. It is an extraordinary company.

Replacing them all was always going to be difficult, so we have made the decision to close the show when everyone’s contracts end on 15th October. From its premiere at Newcastle Theatre Royal to when we finish at the Garrick Theatre, The Drifters Girl will have played to over a year of nightly standing ovations. We are all incredibly proud of the show, and look forward to the UK Tour opening in Southampton next year, as well as the North American premiere which we will announce soon.”

The musical tells the story of Faye Treadwell, the legendary manager of The Drifters, who, alongside her husband, fought for three decades to turn Atlantic Records' hottest vocal group into a global phenomenon. From the highs of hit records and sell out tours to the lows of legal battles and personal tragedy, The Drifters Girl charts the trailblazing efforts of the world’s first African American, female music manager and how she refused to ever give up on the group she loved. Thirty years, and hundreds of hit songs later, there is no doubt that Faye Treadwell was and always will be, The Drifters Girl. Felicia Boswell plays Faye Treadwell, with Adam J Bernard, Tarinn Callender, Matt Henry and Tosh Wanogho-Maud as the iconic group. Beverley Knight originated the role of Faye before Felicia took over the part. Casting for the UK Tour of The Drifters Girl will be announced at a later date.