The Prince of Egypt to open in the West End - News 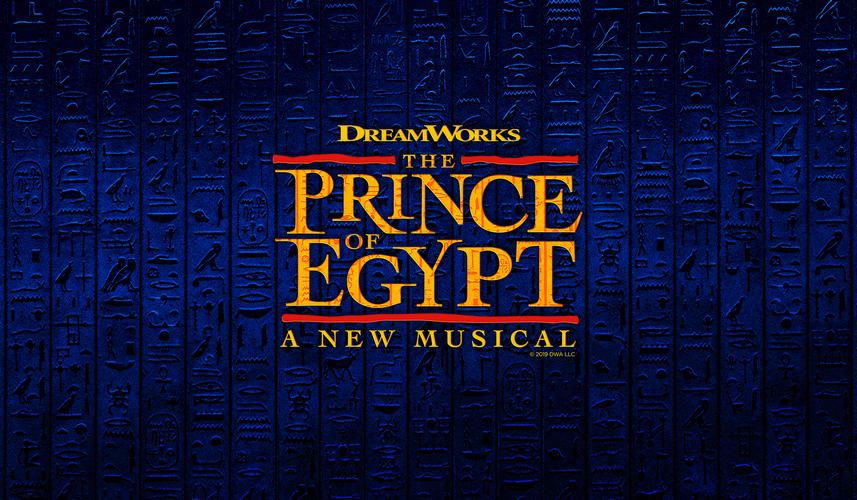 DreamWorks Theatricals (a division of Universal Theatrical Group), Michael McCabe and Neil Laidlaw are proud to announce that THE PRINCE OF EGYPT, the new stage musical based on the celebrated DreamWorks Animation film and featuring the Academy Award®-winning song When You Believe, will begin performances at London’s Dominion Theatre on Wednesday 5 February 2020, with an official London premiere on Tuesday 25 February 2020, for a limited 32-week engagement. Tickets will go on public sale at 10am on Monday 3 June 2019. Ticket buyers can register now for priority information at www.ThePrinceOfEgyptMusical.com

With music and lyrics by Stephen Schwartz (Wicked) and a book by Philip LaZebnik (Mulan and Pocahontas), THE PRINCE OF EGYPT is directed by Scott Schwartz (The Hunchback of Notre Dame) and choreographed by Sean Cheesman (So You Think You Can Dance). Casting and full creative team to be announced.

Stephen Schwartz’s Wicked is one of the most successful stage musicals of all time and has already been seen by nearly 10 million people at London’s Apollo Victoria Theatre and 60 million people worldwide. Later this year, the original Broadway production will become the 5th longest running Broadway show in history.

THE PRINCE OF EGYPT features 10 new songs written by Stephen Schwartz, together with 5 of his acclaimed songs from the DreamWorks Animation film, including Deliver Us, All I Ever Wanted, Through Heaven’s Eyes and the Academy Award®-winning When You Believe.

A milestone in cinematic achievement, DreamWorks’ The Prince of Egypt captivated movie audiences across the world and recently celebrated its 20thAnniversary. Hailed as “an outstanding artistic achievement” (Variety) and “a stunning film” (The Guardian), it remains one of the most beloved and acclaimed animated feature films of all time.

The Academy Award®-winning song When You Believe, recorded by Whitney Houston and Mariah Carey in 1998, went on to become a global hit. In 2007, Simon Cowell selected it as the winner’s single for the UK’s popular TV show The X-Factor, spending three weeks at the top of the UK charts.

The new stage adaptation of THE PRINCE OF EGYPT originally premiered at TheatreWorks Silicon Valley (winner of the 2019 Regional Theatre Tony Award®) and Fredericia Teater Denmark.