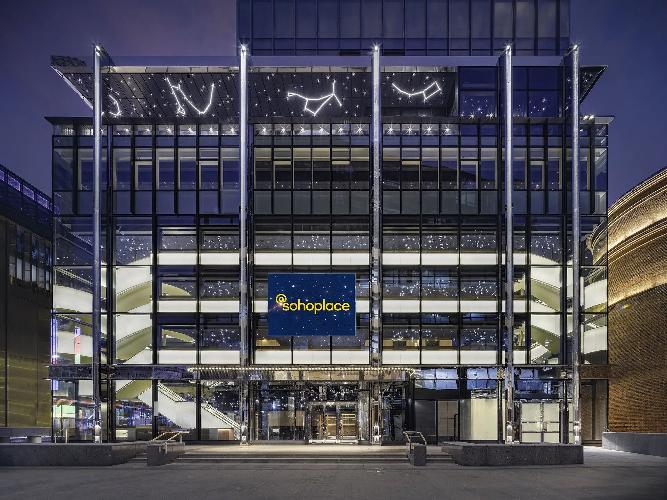 Leading West End producer and theatre owner, Nica Burns, today announces the opening of @sohoplace, the first new-build West End theatre in 50 years. The culmination of a 12-year project, the theatre is owned by Nica Burns and operated by Nimax Theatres and will open this autumn with the first production to be announced soon.

The theatre is adjacent to the site of the old Astoria theatre which was demolished to build Crossrail. The auditorium sits directly above Crossrail’s new Elizabeth line and the existing Northern and Central lines at Tottenham Court Road station, a major transport hub. In addition, Crossrail’s huge ventilation fans extracting the hot air from the platform below and working full-time 365 days a year are also adjacent to the auditorium. A challenging location to build a new modern theatre with state-of-the-art facilities! 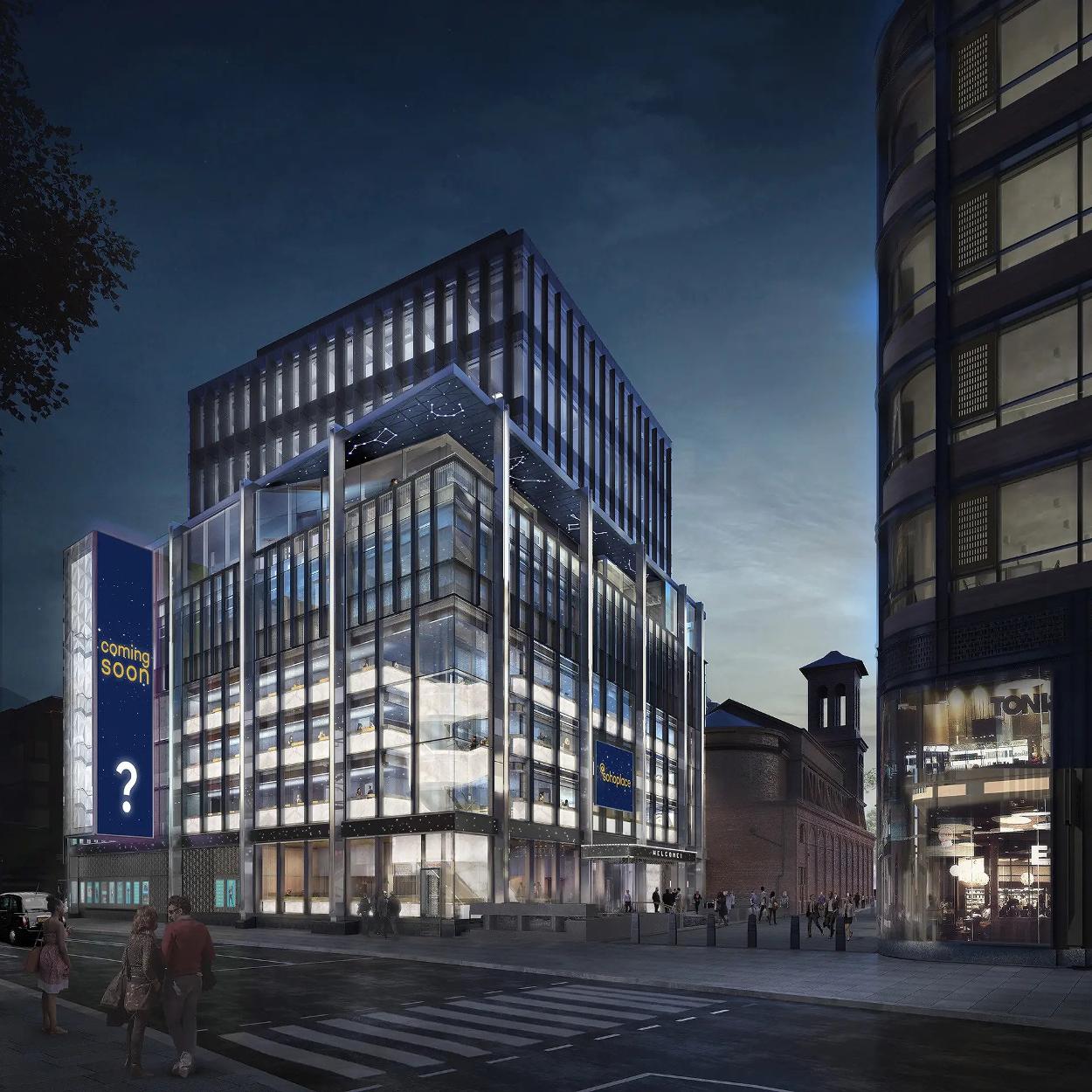 The theatre is at the heart of property giant Derwent London’s visionary £300 million regeneration of a neglected corner of Soho. Totalling 285,000 square feet it is a mixed development with the theatre at its heart, offices and retail and a fantastic new piazza, an ideal meeting place for Londoners to start their day or night out in the West End.

“I wanted to create a theatre which could add a different dimension to our vibrant West End landscape. I asked our greatest theatre creatives two questions: If we could build a new theatre in the heart of the West End, what would you like it to be? What additional facilities would be on your wish list? They dreamt of a flexible auditorium, perfect acoustics and audience / stage intimacy. An ability to create on-site with the dream of a rehearsal room, a Green Room and a bar all in the same building. So that’s what we built – with a few extras including an outside terrace.”

“The incredible team of engineers pulled off the greatest of structural feats, building over a major underground transport hub – a challenging place to build a theatre – achieving perfect acoustics and no vibrations”.

The auditorium has the following key qualities:

2. Perfect sightlines from every seat with no obscured views

3. Intimate actor/audience relationship: no seat further than 6 rows from the stage

5. The flexible auditorium can be transformed into a number of different configurations

The theatre interior was inspired by Nica’s visit to Epidaurus when young.

“I was standing on the stage of this great ancient theatre at 8 o’clock – show time – as the last rays of a golden sun were coming through the trees and the stars were starting to twinkle in an indigo sky. It was magic. Epidaurus is one of the greatest theatres in the world and the plays of ancient Greece are still part of our theatre heritage today. The interior of @sohoplace reflects these colours and when you walk through the theatre you walk under crystal star lights, laid out in constellations. When you pass the building, look up to the terrace and you will see the constellations shine.”

“I am incredibly privileged to be working with Derwent London who hand-picked the most outstanding team – all leaders and innovators in their sectors – to deliver this challenging build:

Finally, a very big thank you to all at Westminster Council. We have had incredible support from every team member and we couldn’t have done it without you”. Paul Williams, Chief Executive Derwent London said: “Working alongside world-class architects and engineers, and in collaboration with Crossrail and our partner Nica Burns, we are delighted to have developed this new state-of-the-art theatre together with substantial public realm as part of a successful commercial regeneration project above the Elizabeth line.”

“@sohoplace is undoubtedly the most complex and delightful project I have ever worked on: the highly engineered architecture and design of a Swiss watch but built on an urban scale”