Top 5 Openings in May - News

Ready for another round? 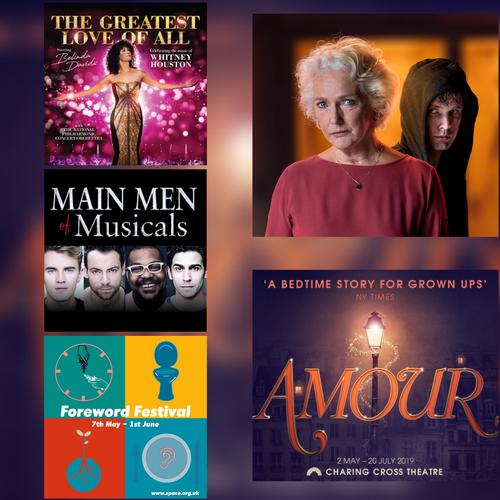 Here our montly pics for you! 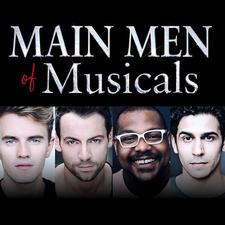 A night of musical songs with Luke Bayer (Everybody’s Talking About Jamie), Ben Forster (ITV’s Superstar), Trevor Dion Nicholas (Aladdin) and Liam Tamne (BBC’s The Voice), with songs from all your favourite shows.

The Foreword Festival celebrates the brightest in rising stage talent. Four debut plays in May from playwrights with real promise.

DELICACY is dark comedy about a family who try not to become monsters… and fail.

MYCHORRIZA: Dean and Alicia are stranded on a remote island. The tide has come in and the Nik Naks have run out. Time to dig up past traumas, the roots of which go deep.

SINK: a coming of age story from playwright Tobias Graham and Director Patrick Bone is a raucous exploration of young love, gender identity and the life changing decisions we make on the precipice of adulthood.

FOUR O’CLOCK FLOWERS:  a moving exploration of knife crime and the impact it has on the families who experience it.

THE GREATEST LOVE OF ALL – London Palladium 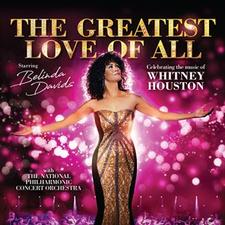 The Greatest Love of All is a critically acclaimed live concert honouring the talent, music and memory of Whitney Houston. Featuring the breathtaking vocals of Belinda Davids accompanied by the sensational National Philharmonic Concert Orchestra, this is a beautifully crafted homage to one of the world’s most revered singers. 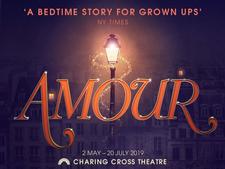 A musical fantasy about daring to dream and the power of self-belief.

Starring Gary Tushaw (Ragtime) as Dusoleil and Anna O'Byrne (The Woman In White) as Isabelle as well as Alasdair Harvey (Sunday In The Park With George) as the Prosecutor, Isabelle's controlling husband. 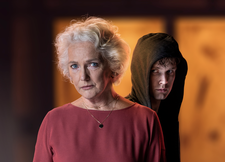 After the success of the run at Hampstead Theatre in 2001, and at Trafalgar Studios in 2007, Philip Ridley’s modern classic returns to the West End.

Enjoy another month of great theatre and check our reviews!