Life of Pi to close in the West End - News

New casting have been announced 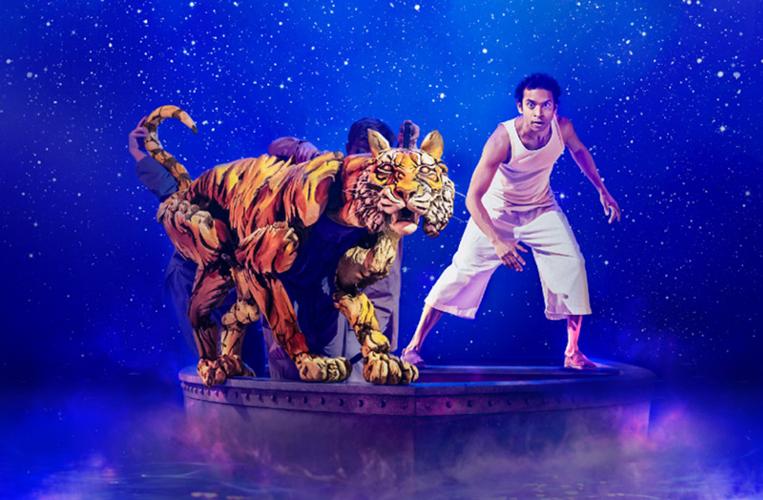 It was announced today that 100,000 new tickets have been released for the final booking period of the phenomenally successful West End production of Life of Pi.

Lolita Chakrabarti’s dazzling stage adaption of Yann Martel’s award-winning book starring Oliver Award winning actor Hiran Abeysekera as Pi alongside a life-size Royal Bengal Tiger puppet has now been extended until 15 January 2023, the final performance of the show at Wyndham’s Theatre in London, where the production will have played almost 500 performances.

Future plans for the show include a North American premiere in December 2022 through to January 2023 at the American Repertory Theatre, Cambridge, Massachusetts, as well as an anticipated transfer to Broadway, and separate productions in Asia, Australia and Mexico.

Producer Simon Friend said: ‘Our magical production of Life of Pi goes from strength to strength.  We are delighted to release 100,000 more tickets for our final booking period in the West End, and look forward to welcoming new cast members in September.  We are also thrilled to premiere the production in North America later this year.  The response to this show continues to be overwhelming and we look forward to welcoming audiences to witness Pi’s journey of a lifetime in the West End and beyond.’

Life of Pi was awarded its five Olivier Awards at a ceremony held at the Royal Albert Hall in London in April 2022.  As well as Best New Play, Hiran Abeysekera won Best Actor for his central performance as Pi, and – in an historic first for the Olivier Awards - the seven performers who play ‘Richard Parker’, the puppet tiger - Fred Davis, Daisy Franks, Romina Hytten, Tom Larkin, Habib Nasib Nader, Tom Stacy and Scarlet Wilderink – were collectively awarded Best Actor in a Supporting Role. The production also picked up awards for set (Tim Hatley, Nick Barnes and Finn Caldwell), and lighting design (Tim Lutkin and Andrzej Goulding).

Based on one of the best-loved works of fiction – winner of the Man Booker Prize, selling over fifteen million copies worldwide – Life of Pi is a breath-taking new theatrical adaptation of an epic journey of endurance and hope.

After a cargo ship sinks in the middle of the vast Pacific Ocean, there are five survivors stranded on a single lifeboat – a hyena, a zebra, an orangutan, a sixteen year-old boy and a 450-pound Royal Bengal tiger. Time is against them, nature is harsh, who will survive?

Award winning writer Yann Martel’s works include The Facts Behind the Helsinki Roccamatios (1993), Self (1996), We Ate the Children Last (2004), Beatrice and Virgil (2010) – a New York Times Bestseller and a Financial Times Best Book, 101 Letters to a Prime Minister (2012) – a collection of letters to the prime minister of Canada; and The High Mountains of Portugal (2016).

Lolita Chakrabarti OBE is an award-winning playwright and actress. Her writing credits include: Red Velvet which opened at the Tricycle Theatre in London in 2012, returning in 2014 before transferring to New York and the West End; Red Velvet was nominated for nine major awards including two Olivier Awards. Lolita won the Evening Standard Theatre Award for Most Promising Playwright, The Critics Circle Award for Most Promising Playwright and the AWA Award for Arts and Culture; She adapted Italo Calvino’s Invisible Cities for MIF in 2019 a collaboration with 59Productions and Rambert; her play Hymn was live streamed in February 2021 from the Almeida, before opening to audiences later in July; she was dramaturg on Message in a Bottle for ZooNation and Sadler’s Wells; she curated The Greatest Wealth for Old Vic, a series of monologues marking the 70th birthday of the NHS. Acting credits include: Vigil, The Casual Vacancy (BBC),  Riviera, Delicious (Sky), Born to Kill, My Mad Fat Diary (Ch4), Criminal (Netflix), Fanny and Alexander (The Old Vic), Hamlet (RADA). She can soon be seen in Showtrial for the BBC and Wheel of Time for Amazon Prime.