Back to the Future New Cast - News

The new faces of the smash-hit musical 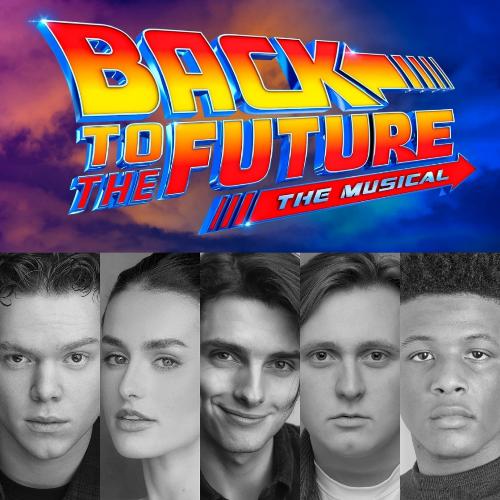 New casting has been announced for the smash-hit West End production of Back To The Future – The Musical.

Ben Joyce, a recent graduate of Mountview Academy of Theatre Arts, who made his professional debut last year as Frankie Valli in Jersey Boys in the West End, will play Marty McFly, joining Tony Award-winning Roger Bart who continues in the role of Dr Emmett Brown.

Amber Davies (9 To 5, Bring it On – The Musical) will play Lorraine Baines McFly, Oliver Nicholas (All Kinds of Limbo) will play George McFly, Jordan Benjamin (Hairspray) will play Goldie Wilson, Harry Jobson (2022 graduate of The Urdang Academy) will play Biff Tannen, Sophie Naglik (The Lion, The Witch and The Wardrobe) will play Jennifer Parker and Gary Trainor (School of Rock) will play Strickland.

When Marty McFly finds himself transported back to 1955 in a time machine built by the eccentric scientist Doc Brown, he accidentally changes the course of history. Now he’s in a race against time to fix the present, escape the past and send himself… back to the future.

Based on the Universal Pictures/Amblin Entertainment film, Back To The Future – The Musical has a book by Bob Gale and new music and lyrics by Alan Silvestri and Glen Ballard, with additional songs from the film including The Power of Love and Johnny B. Goode.