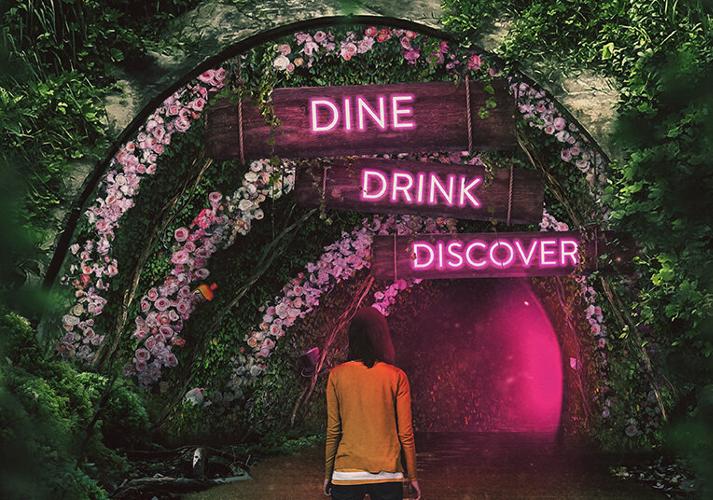 The newly formed immersive company This Is Labyrinth will open underneath Waterloo Station later this year, with the eagerly anticipated return of Alice Underground, opening from 15 November.
With even more twists and turns for 2022, Alice’s Adventures Underground is a fusion of storytelling, music, circus, puppetry and spectacle.

Discover your Wonderland like never before with this interactive, 90-minute narrative theatre show, piecing together the puzzle as to what has happened to Alice who is lost in the looking glass.
Seen by over 300,000 people worldwide, Alice’s Adventures Underground was created by Les Enfants Terribles theatre company and originally conceived as a celebration of the 150th anniversary of Lewis Carroll’s classic novel. It is written by Oliver Lansley and Anthony Spargo and directed by Lansley and James Seager, with design by Sam Wyer.

LABYRINTH Waterloo has been in the planning stages for four years and will include a bespoke immersive theatre space, a contemporary unique restaurant, and a fantastical bar. Construction of the site commenced in 2019 as part of the development of The Sidings within the former Eurostar terminal at Waterloo station, and opens this year offering a subterranean world of possibilities and excitement for all.
James Seager said: "Labyrinth will operate a world-class permanent home to the ever-flourishing immersive genre for the existing and new generation of theatre-goers and experience seekers. Our content will place audiences at the forefront of every experience that crosses over our shows, our restaurants, and our bars. Labyrinth Waterloo underneath Waterloo Station is just the beginning and we're very excited about what the global future holds."
Alice’s Adventures Underground is currently booking until 30 April 2023.
Tickets will go on general sale to the public on 15 July, with priority booking beginning on 14 July.