Come from Away, DEH and Tina to close on Broadway - News 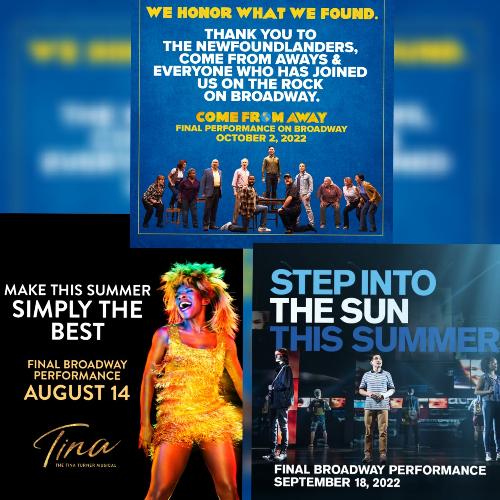 Long-running musical “Come From Away” will play its final Broadway performance on Oct. 2, the production has announced.

Written by Irene Sankoff and David Hein, “Come From Away” tells the true story of 38 planes that were ordered to land in Gander, Newfoundland, on Sept. 11, 2001, following the World Trade Center attack. The musical follows several passengers from the planes as they are housed by residents of Gander, and develop long-lasting friendships in the shadow of a tragedy.

“Dear Evan Hansen" will end its run on Broadway on Sept. 18, five years after winning the Tony Award for best new musical.

The show opened with good reviews and has been a significant hit, but it suffered a double blow from the coronavirus pandemic and a poorly received film adaptation.

“Tina,” the jukebox musical about the life and career of Tina Turner, will end its run on Aug. 14.

Come from Away and Tina will continue to play in London. DEH will close in the West End in October.