Chess, Kinky Boots and Treason will be staged this summer 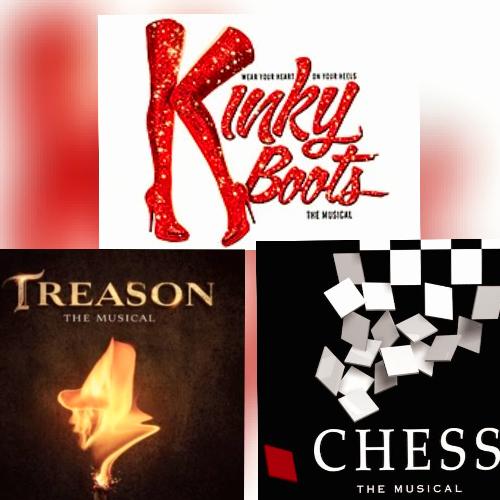 Three musical concerts will take place inAugust at Theatre Royal Drury Lane accompanied by the London Musical Theatre Orchestra, with a feature of a blend of musical classics.

The first revival will be a concert version of Tim Rice, Benny Andersson and Björn Ulvaeus' (of ABBA fame) Chess, running on 1 August 2022.

The piece, which follows a competitive chess rivalry against the backdrop of the Cold War, is set to star Hadley Fraser as Anatoly and Samantha Barks as Florence, with further casting to be announced in due course.

On 8 August will be a concert staging of the musical Kinky Boots. The show follows a young man, Charlie, as he deals with the legacy of his father and how to put his best foot forwards while contemplating the future of his shoe-making factory.

Written by Harvey Fierstein and Cyndi Lauper, the new production is set to star Cedric Neal (Back to the Future) as Lola/Simon, Matt Willis (Waitress) as Charlie and Courtney Bowman (Legally Blonde) as Lauren. Further casting will be announced shortly.

On 22 August will be Ricky Allan and Kieran Lynn's new musical Treason, which follows those embroiled in the 5 November Gunpowder Plot.

The show is to be directed by Hannah Chissick (who also serves as dramaturg), with choreography by Taylor Walker, musical supervision by Nick Pinchbeck, orchestration by Matthew Malone, design by Sutcliffe, lighting by Simisola Majekodunmi, sound by Marshall and video design by Gino Green.

The production is directed by Omar F Okai, with Tapner as musical director, Sutcliffe as designer, Cracknell as lighting designer, Winn overseeing lighting programming and sound by Marshall.