Heathers goes to the screen - News 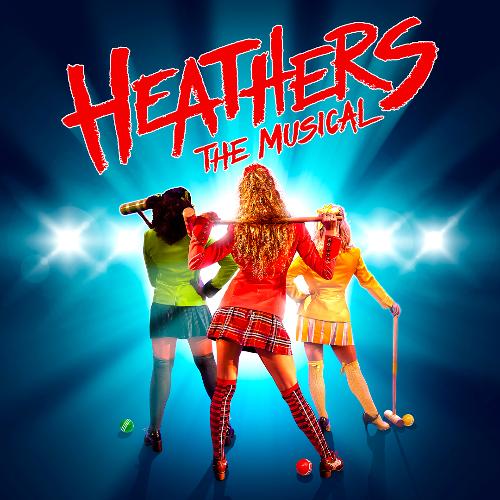 Bill Kenwright & Paul Taylor-Mills are excited to announce a new project with Steam Motion and Sound, to bring the hit production of Heathers the Musical to the screen.

Performances at The Other Palace have been taken off sale from 3 - 19 May to allow for filming to take place ahead of a future release. Performances will resume on Friday 20 May and will run through to 4 September 2022.

As part of the shoot there will be two live performances, and a ballot will be held for tickets, with details to be announced. Casting for the live capture is also yet to be announced.

Director Andy Fickman said “Heathers has captured the hearts and imaginations of so many people in the UK since it was first produced here in 2018. This marks an exciting next step in the show’s journey.”

David Gilbery, CEO BK Studios “This is a brilliant opportunity for us to bring this hit show to so many more audiences on a global scale, and we’re proud to be partnering with such a prolific studio in making that happen.”

The musical started its UK journey with a cult following and was a box office record-breaker at The Other Palace in 2018, before transferring to the Theatre Royal Haymarket for a limited season later that year. Last year the production returned to the Haymarket for another successful West End season, while in parallel with a UK tour, before returning to it is original home, The Other Palace in November 2021 for another record-breaking run.

Steam Motion and Sound is a creative content company founded in 2003 by Brett Sullivan and Clayton Jacobsen in Sydney. They then opened offices in London then New York. Steam are the company of choice for the world’s theatrical producers and entertainment companies to film their productions in the West End and Broadway. Live Theatre Films include: Waitress, Bonnie and Clyde, Prince of Egypt (all currently in post-production); Aladdin (Disney+), Kinky Boots, Newsies, Miss Saigon, Billy Elliot, Love Never Dies, Phantom of the Opera 25th, Les Miserables 25th, Jesus Christ Superstar Arena Spectacular.

With book, music and lyrics by Kevin Murphy and Laurence O’Keefe, Heathers the Musical is based on one of the greatest cult teen films of all time, and starred Winona Ryder and Christian Slater. The production is directed by Andy Fickman, with choreography by Thriller Live’s Gary Lloyd, designs by David Shields, lighting by Ben Cracknell and sound by Dan Samson.