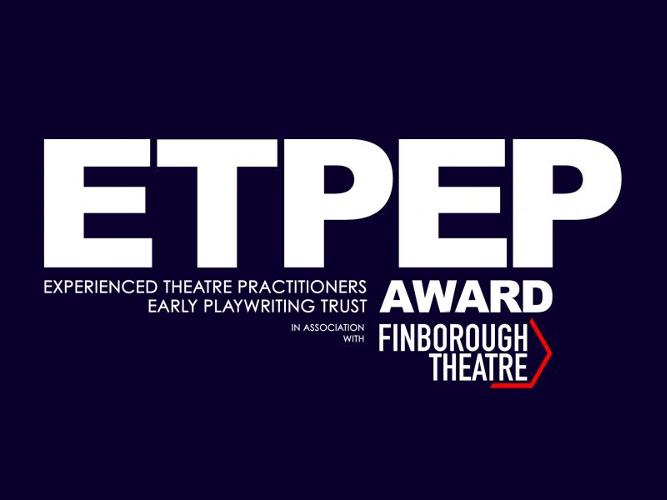 The ETPEP Award 2022 is a playwriting prize for new UK playwrights who work or have worked in the theatre industry, run by the Finborough Theatre in association with the Experienced Theatre Practitioners Early Playwriting Trust (ETPEP).

For the 2022 Award, the prize money has been increased from last year and now offers a £8000 top prize.

The Award’s purpose is to find and nurture a playwright who has worked in theatre for two years or more (but not in a literary department setting or as a paid script reader), who is looking to further their ambitions and skill in the art and craft of playwriting.

The ETPEP Award 2022 is open to UK residents of any age who have not had a play professionally produced, and who have worked front of house, in administrative roles, on stage, backstage, lighting, design etc. or in a creative capacity in theatre for at least two years, either now or in the past.

The award is intended to target and encourage those who are currently working or have worked in theatre but who are new to playwriting, and therefore, the Award is not open to those who have worked in any capacity in a literary department, a literary agency, theatre critics, or those who ever have undertaken paid script reading work.

For the avoidance of doubt, this is not an award for playwrights. It is an award for those who work or who have worked in theatre IN SOME OTHER capacity who also write plays.

We are looking for a play of substance which contributes in some way to our understanding of the human condition or experience, from a writer with potential to enhance our political and social awareness.

The award will be judged completely anonymously until the very final shortlist and interview stage, and brief feedback will be provided on every entry.

There will be ten runner-up prizes of £400 each.