The revival opens at Southwark Playhouse 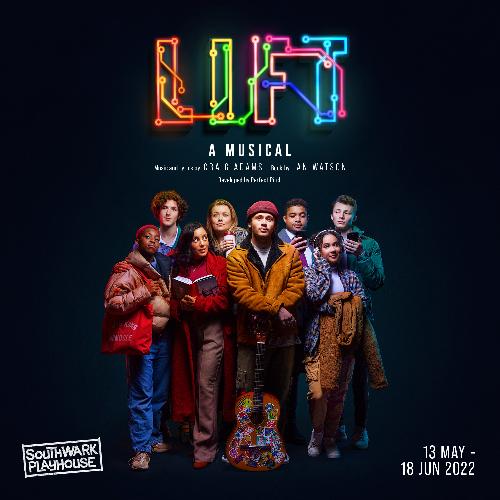 The cast of LIFT, opening at Southwark Playhouse on Friday 13th May 2022, has been announced.

Luke Friend, Busker, said “I’m absolutely delighted to be a part of the wonderful cast of LIFT! This show is going to be so intimate and unique. Being a songwriter and Busker myself for many years, I feel as though I completely and utterly relate to my character’s story and the message he is trying to bring across. I can’t wait to give everything to this role and perform at Southwark playhouse for the first time. This is a real treat for me.”

Hiba Elchikhe, Secretary, said “I am really looking forward to being a part of LIFT the musical with this incredible group of people. I can’t wait for you all to see it.”

Directed by Dean Johnson He/Him (Godspell, BKLYN, Dogfight) with Musical Direction and new arrangements by Sam Young He/Him (White Christmas, The Man in the Ceiling) and Choreography by Annie Southall She/Her (The Jungle Book, The Boyfriend), this brand-new production of LIFT, music and lyrics by Craig Adams and book by Ian Watson, will run at Southwark Playhouse from Friday 13th May 2022 until Saturday 18th June 2022.

Dean Johnson, Director of LIFT said “Since we first began the journey of our revival of LIFT, we knew casting would be integral to how we could present the show as a snapshot of London in 2022. We had the most sensational audition process and the UK is certainly not short of incredible and diverse talent, and this allowed us to find an incredible group of people that can bring this story to life in a fresh way. I really believe our cast demonstrates how exciting the talent pool is in our industry with a mixture of established and incredible artists alongside fresh new faces. I really think they are going to blow the roof off Southwark Playhouse as a collective group of artists!”

Developed by Perfect Pitch, LIFT is set in a London underground lift, in one man’s imagination, on its way to the surface during one minute. In the 54 seconds of the lift’s passage, we are taken on a much greater journey that reveals the people behind the masks they wear, the secrets they dare not speak, and the unrealised connections between them.