The Oscar is for best supporting actress 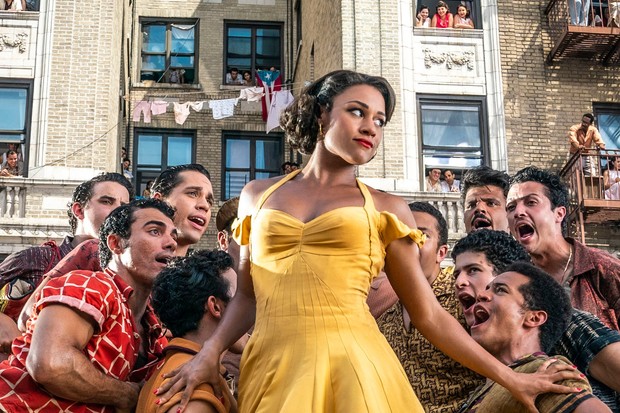 Ariana DeBose won the Academy Award for best supporting actress at the 2022 Oscars.

DeBose, 31, snagged the trophy for her role as Anita in Steven Spielberg's movie musical "West Side Story," which is based on the 1957 Broadway show of the same name.

MORE: Oscars 2022: Complete winners list for the 94th Academy Awards"Now you see why Anita says, 'I want to be in America,' because, even in this weary world that we live in, dreams do come true, and that's really a heartening right now," DeBose said in her acceptance speech.

DeBose gave a shout-out to "the divine inspiration" of Rita Moreno, who won the same Oscar 60 years ago at the 1962 Academy Awards for playing Anita in Jerome Robbins and Robert Wise's 1961 film adaptation of "West Side Story."

"You're staring at me right now and I'm so grateful," DeBose said to Moreno. "Your Anita paved the way for tons of Anitas like me and I love you so much."

DeBose closed out her speech with a powerful message about representation.

"Lastly, imagine this little girl in the back seat of a white Ford Focus. Look into her eyes, you see an openly queer woman of colour and Afro-Latina who found her strength in life through art, and that's what I believe we're here to celebrate," she said. "So to anyone who has ever questioned your identity -- ever, ever, ever -- or you find yourself living in the grey spaces, I promise you this: There is indeed a place for us."