The tour will start March 2023 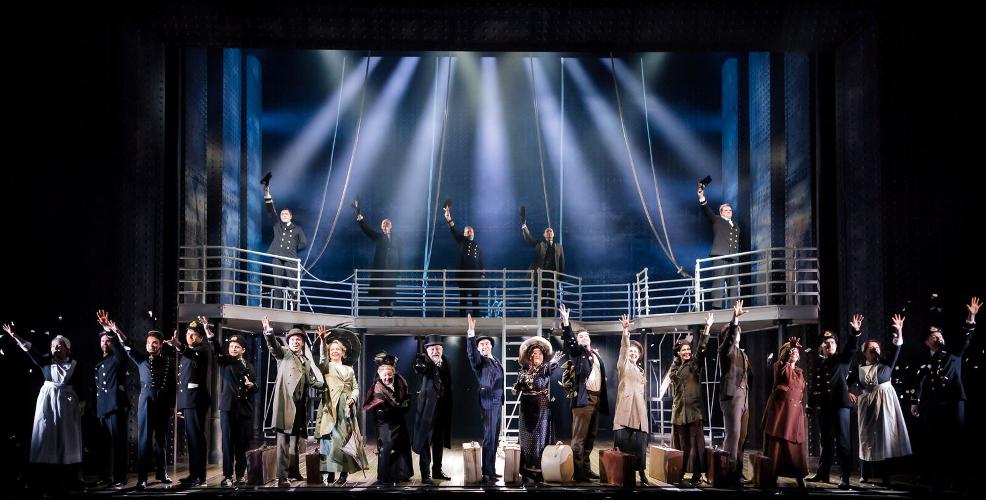 The Tony Award-winning Titanic The Musical is to embark on a new tour of the UK from March 2023.

Produced by Danielle Tarento, Steven M Levy and Vaughan Williams in association with Mayflower Theatre, Southampton, the production will open at the Churchill Theatre in Bromley on 16 March 2023, 10 years since it made its critically acclaimed debut at Southwark Playhouse in London.

Danielle Tarento said:  ‘Steven, Vaughan and I are so excited that the great ship Titanic is setting sail on a new UK Tour. I can’t believe that it’s been 10 years since that first production at Southwark Playhouse - it feels like a lifetime ago and only just the other day in equal measure!  After the couple of years that we’ve all lived through, to be able to mark this anniversary by revisiting some favourite venues from the last tour and also bringing the show to some new ones feels especially joyful.’

In the final hours of 14th April 1912, the RMS Titanic, on her maiden voyage from Southampton to New York, collided with an iceberg and 'the unsinkable ship' slowly sank. It was one of the most tragic disasters of the 20th Century. 1517 men, women and children lost their lives.

Based on real people aboard the most legendary ship in the world, Titanic The Musical is a stunning and stirring production focusing on the hopes, dreams and aspirations of her passengers who each boarded with stories and personal ambitions of their own. All innocently unaware of the fate awaiting them, the Third Class immigrants’ dream of a better life in America, the Second Class imagine they too can join the lifestyles of the rich and famous, whilst the millionaire Barons of the First Class anticipate legacies lasting forever.

With music and lyrics by Maury Yeston (Nine, Grand Hotel) and a book by Peter Stone (Woman of the Year and 1776), the pair have collectively won an Academy Award, an Emmy Award, an Olivier Award and three Tony awards.

The original Broadway production of Titanic The Musical won five Tony Awards including Best Musical, Best Score and Best Book. This new production celebrates the 10th anniversary of its London premiere where it won sweeping critical acclaim across the board.

The director is Thom Southerland, the set and costume designer is David Woodhead, the lighting designer is Howard Hudson, the sound designer is Andrew Johnson, musical staging is by Cressida Carré and new musical arrangements are by Ian Weinberger.  The cast is yet to be announced.