Sam Tutty and Miriam-Teak Lee have announced the nominees. 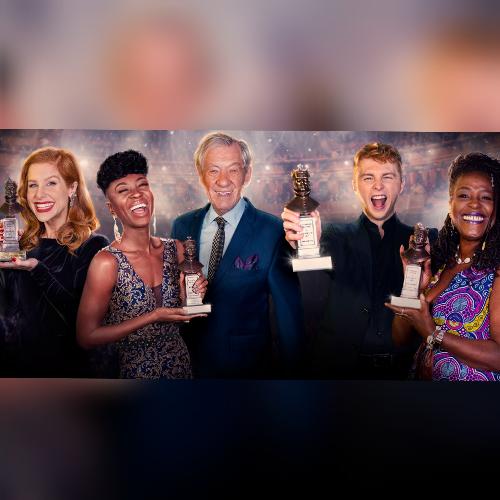 The new production of Cabaret at The Kit Kat Club at the Playhouse topped the charts this year, receiving a whopping eleven nominations, including Magic Radio Best Musical Revival; nods for Jessie Buckley, Elliot Levey, Eddie Redmayne and Liza Sadovy for their performances; Rebecca Frecknall for her directions; and nominations for costume, sound design, choreography, set design and lighting.

The enchanting stage adaptation of Life of Pi at Wyndham's Theatre received an impressive nine nominations this year. As well as Best New Play, it picked up nominations for sound design, original score, choreography, set design and lighting design. Max Webster also received the nod for Best Director and not only was Hiran Abeysekera nominated for his role as Pi, in an Olivier Awards first, the seven actors who play the Tiger were nominated together in the Best Supporting Actor category; Fred Davis, Daisy Franks, Romina Hytten, Tom Larkin, Habib Nasib Nader, Tom Stacy & Scarlet Wilderink. Last year's revival of Anything Goes at the Barbican also has nine nominations, with Carly Mercedes Dyer, Sutton Foster, Robert Lindsay and Gary Wilmot all being recognised for their performances as well as Kathleen Marshall for her direction. After breaking box office records at the Barbican last summer, the show is up for Magic Radio Best Musical Revival as well as receiving nominations for costume design, new orchestrations and choreography.

Those shows also saw nominations for actors Hugh Coles and Olly Dobson, Stephanie McKeon, Gabrielle Brooks and Arinzé Kene, Clive Carter and Beverley Knight. Leading the plays just behind Life Of Pi are The National Theatre's production of The Normal Heart with five nominations; The Donmar Warehouse's Constellations at the Vaudeville Theatre with four nominations and 2:22 A Ghost Story with three, including one for Lily Allen as Best Actress for her West End Debut! Alongside the Noël Coward Theatre's 2:22 A Ghost Story and Life Of Pi, Best Of Enemies at the Young Vic and Cruise at the Duchess Theatre make up the Best New Plays nominees this year, with the Old Vic's A Number, Constellations, The Normal Heart and the Almeida's production of The Tragedy Of Macbeth making up the list for the Cunard Best Revival award.

There are some big names from TV and film in this year's list of nominees, alongside the very recognisable faces of Lily Allen, Jessie Buckley and Eddie Redmayne, The Crown's Emma Corrin received a nod for her performance in Anna X at the Harold Pinter Theatre and Cush Jumbo for the titular role in the Young Vic's Hamlet.

Commenting on the nominations, Julian Bird, Chief Executive of the Society of London Theatre and Executive Producer of the Olivier Awards, said: 'I want to offer a huge congratulations and good luck to all the 2022 Olivier Awards nominees. This year's fantastic array truly demonstrates the breadth and diversity of London's world-leading theatre industry, and its extraordinary creativity and resilience during an extremely challenging period for our sector. After a two-year hiatus, we are delighted to be able to bring the theatre community together again to celebrate our brightest talents. I'm sure the atmosphere in the Royal Albert Hall on Sunday 10 April will be absolutely electric.'