The show is booking until September 2022 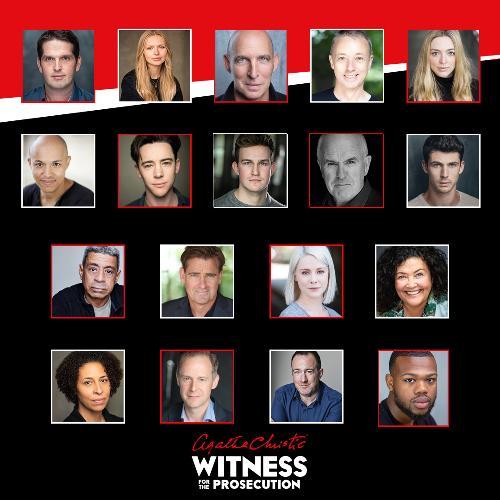 Eleanor Lloyd Productions and Rebecca Stafford Productions have announced the seventh cast for Agatha Christie’s Witness for the Prosecution which is now booking until September 2022 at the magnificent London County Hall.

David Michaels (Value Engineering: Scenes from the Grenfell Inquiry, Tabernacle Theatre; The Curious Incident of the Dog in the Night-time, UK and international tour) will play Sir Wilfrid Robarts QC.  He is joined by Peter Landi (The Mousetrap, West End; The Bodyguard, UK and international tour) as Mr Mayhew, Richard Teverson (The Gift, UK tour; Richard III and Romeo and Juliet, Shakespeare’s Rose Theatre) as Mr Myers QC, and James Hayes (who has performed in over fifty productions for the National Theatre and whose other credits include The Tempest, Royal Shakespeare Company and All That Fall, Jermyn Street Theatre/West End/59E59 Theatre New York) as Mr Justice Wainwright.

Now in its fourth year, Witness for the Prosecution has captured the imagination of thousands gripped by the case of Leonard Vole, accused of murder in cold blood. Director Lucy Bailey (Oleanna, Theatre Royal Bath/ West End) thrillingly places the audience in the thick of the action as Christie’s enthralling tale of justice, passion and betrayal unfolds around them.